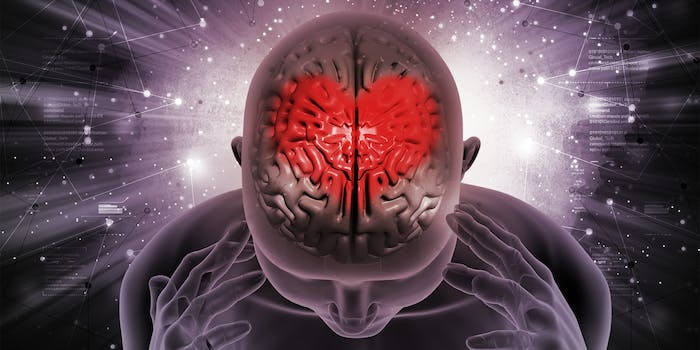 Sapiosexuality is rising—but what is it exactly?

Some say it's a sexual orientation. But it could be something else entirely.

Sapiosexual: It’s the latest sexual identity causing a lot of controversies. You may have heard of it from OkCupid, which has included it as a sexual orientation on its dating platform, or from the Daily Beast’s Samantha Allen, who criticized the term’s very existence. Or maybe you stumbled across the New York Times‘ sapiosexual exposé from June 2017, exploring what it means to be more attracted to someone’s brain over their looks. Regardless, it looks like sapiosexuals are loud, proud, and here to stay.

But what is a sapiosexual? Is sapiosexual an orientation you’re born with, a preference, or something else entirely? Can you “turn” sapiosexual, or are we all just a little sapiosexual anyway? Here’s your guide to everything sapiosexual.

What is a sapiosexual?

Sapiosexual: Attracted to brains over beauty

Sapiosexuals (sapio being Latin for “I discern” or “understand”) believe the brain is a person’s sexiest attribute. Intelligence is what arouses them.

Sapiosexual Jacqueline Cohen told the New York Times she has felt an intense attraction to intelligent people from a young age. For her, it’s not just the knowledge itself that is sexy but the “mystery around someone’s intelligence,” she said.

Cohen was married to a magician because she was attracted to the “brilliance” of card manipulation. “I called it his magic foreplay,” she said.

Sapiosexual Aboubacar Okeke-Diagne also told the Times that for him, courtship isn’t about naked photos or sexts but writing erotica about “the Julian calendar, the decimal system, and global climate change.”

Some have also had relationships that were “purely sapiosexual.” This means no sex—just intimate, intellectual connection. In one case, a man that Cohen found largely physically unattractive was able to hold her interest based on his sheer knowledge of poet Rainer Maria Rilke.

“I was so amazed at how fluid the whole conversation was. I could feel something happening inside me,” Cohen told the Times. “I access my wisdom and love and ability to analyze in this incredible way, and they do, too.”

In an interview series for Cosmopolitan, many sapiosexuals also defined their sexuality as a preference of intellect over beauty.

“I like someone who can hold an intellectual conversation and/or teach me new things,” one man told Cosmo. “I want someone who can discuss with me the relationship between diglossia and social inequality, or who can explain why the cause of my leg pain might actually be pressure on the sciatic nerve in my back.”

That said, many sapiosexuals are still driven by physical attraction, not just smarts. As one Cosmo interviewee responded, his perfect date “needs to be cute, smart, and classy.”

So for some, looks certainly do matter—which intensifies the debate over whether sapiosexual is an actual sexual orientation that holds the same weight as lesbianism or bisexuality, or just an identity that groups a sexual preference.

The term originated from a Seattle engineer in the ’90s

The first use of the term “sapiosexual” seems to have popped up in 1998, from Seattle engineer Darren Stalder’s LiveJournal account. Stalder created the term during a ride home from San Francisco, and the sexual identity took off from there.

Originally, Stadler saw sapiosexuality as a branch of what’s now known as pansexuality, or the sexual attraction to a person of any sex or gender. For him, the body of the person he was attracted to didn’t matter as much as their intellect. He hoped the term would catch on over time, sharing it with fellow sapiosexuals to encourage the growth of self-identified sapiosexuality around the world.

“I invented this term while on too-little sleep driving up from SF in the summer of ’98 and I’m trying to propagate it as much as possible,” he wrote in an email he posted on LiveJournal. “But where’s the gender in all that? That people that I find like that also happen to have marvelous, wonderful bodies happens to be a perq. Flesh is fun…”

In recent years, the term has been revived with much popularity. One reason for that is Tumblr.

During the early 2010s, Tumblr became increasingly more LGBTQ-inclusive as the blogging service began to appeal more and more to a younger, progressive, and queer-friendly userbase. Many posters began experimenting with sexual identities, creating various lists and phrases of romantic, sexual, and platonic attractions people experience. While not all of these lists include sapiosexual, many do include the term in connection with other identities.

Sapiosexuals aren’t just attracted to people who know big words. Most look for a partner with a drive for deep, meaningful, and thoughtful conversations. There’s a major difference between the being a know-it-all and being a bright, engaging person in the eyes of sapiosexuals.

“It often takes time to see intelligence, most people who appear smart at the outset are just little kids who had a helicopter parent giving way too much positive reinforcement,” one female sapiosexual told Cosmo. “So I find myself wasting a lot of time and energy dating people who appear intelligent at first but really just memorized a couple of buzzwords or headlines.”

Other sapiosexuals feel the same way. “I think intelligence is only sexy if it’s genuine. Above all, what I want is for you to genuinely be interested in the things you’re talking about. That’s why I say passion is super important,” another respondent explained.

Sapiosexuals also want challenge and engagement. They find debate sexy, and they want to be with someone who is passionate enough about a topic to change their mind.

“I like being challenged and being with someone where I can learn something new. The only difference is that I find someone’s diction hotter that their haircut,” another sapiosexual told Cosmo.

So don’t expect sapiosexuals to hook up with the kind of people posted on the subreddit r/iamverysmart. Most know the difference between real intelligence and feigned smarts.

While there’s a lot of recent buzz around sapiosexuality, not everyone feels warmly about the identity. Over the past few years, sapiosexuals have come under heavy criticism, as some consider the term pretentious, loaded, and appropriative of queer sexuality.

As Samantha Allen writes at the Daily Beast, being attracted to a smart person isn’t a sexual orientation. It’s just a preference for smart people. A self-centered and snobbish one at that, she suggests.

Allen also points out that many self-indentifying sapiosexuals are straight, and largely talk about their ideal sapiosexual date in a heterosexual light. Only a few sapiosexuals, like Stalder, tend to veer more towards pansexuality and bisexuality. So it isn’t intelligence alone that makes sapiosexuals frisky; otherwise, all sapiosexuals would be queer.

There’s also been some serious internet debate over whether self-identified sapiosexuals are primarily attracted to white, Western, and heteronormative values. On Tumblr, many users believe the term appropriates from the LGBTQ community while upholding white supremacy. One Tumblr user argued that sapiosexuality is highly bigoted because intelligence is a “construct steeped in ableism, classism, and racism.”

This isn’t always the case, of course, and there are sapiosexuals across races, genders, and sexual orientations who identify with the term for varying reasons.

Can you ‘become’ a sapiosexual?

Most sapiosexuals seem to have a hardwired desire for smart people from a young age. However, being attracted to intelligence isn’t exactly an outrageous phenomenon. As founding editor Emily McCombs writes for xoJane, it turns out most people want to be with an intelligent person.

“First of all, who isn’t looking for a smart partner?” McCombs asks. “I’m sure there’s a handful of folks out there who prefer pretty people without much to say, but for the most part nobody’s ever like, ‘Damn, I wanna find a dummy to spend my life with.'”

Of course, there is another explanation as to what sapiosexuality is. If sapiosexuals put intelligence at the cornerstone of all their sexual relationships and are extremely aroused by smartness, then sapiosexuality may be something between a sexual orientation and a preference. It may be a kink.

“I feel like people just think it’s a really obnoxious way of saying you like smart people, but it’s much more intense than that—more like a fetish,” one sapiosexual woman told Cosmo.

If that’s the case, then sapiosexuals may feel an inherent sexual arousal for someone who is smart, clever, or intelligent. Which means people really can’t become sapiosexual by choice. They’re either born with a fetish for intelligence or develop it during their lives.

Regardless of the controversial opinions surrounding the term, sapiosexuality may just give us more insight into human sexuality. Or, at the very least, it could show us there are some pretty interesting kinks out there.

“What I connect most with and value most as a sapiosexual is emotional intelligence and comedic intelligence,” Manhattan comedian Teresa Sheffield told the Times. “You just have to have a sense of humor. If you don’t, I’ll be as attracted to you as I am to a Border collie.”