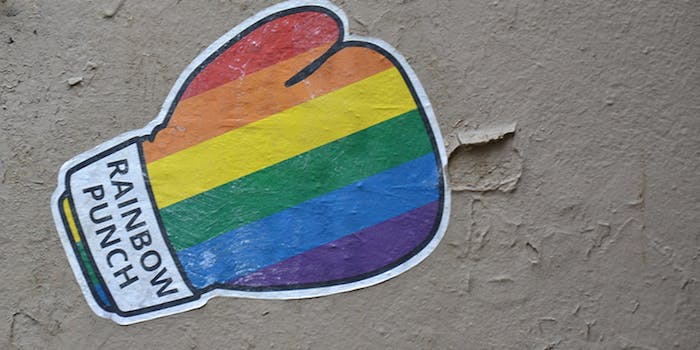 He messed with the wrong couple.

One homophobe picked a fight he probably regrets.

Two married West Point graduates were in New York City’s SoHo neighborhood on Sunday when they were reportedly attacked by a man yelling anti-gay obscenities.

Larry Lennox-Choate III and Daniel Lennox-Choate were shopping in a bodega when the assailant approached them screaming homophobic statements and then punched Daniel. Larry punched the man back and “tossed him in the street.”

According to the New York Daily News, no arrests have been made and the investigation is ongoing.

In 2013, the two were the first male same-sex couple to be married at the military academy. Their photos gained national attention.