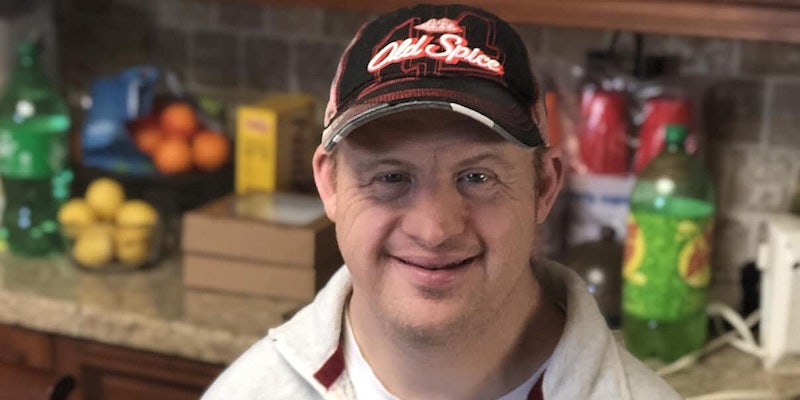 ‘He can’t do the job like a normal person’: Wendy’s fires disabled employee of over 20 years, calls it an ‘unfortunate mistake’

'Really feels like a step backwards for the rights of people with disabilities.'

A TikToker by the name of Bailey went viral after shedding additional light on a trending story involving a Wendy’s employee who has down syndrome. The employee, Dennis Peek, has allegedly worked at the same Stanley, North Carolina, Wendy’s franchise for over 20 years, and according to his sister, was looking forward to having a retirement party one day.

Bailey called out Wendy’s in her viral TikTok, saying, “Hey Wendy’s, I just wanted to let you know that this man with down syndrome has worked with you for over 20 years and one of your general managers fired him the other day. And the reasoning was he can’t do the job like a normal person, the news is already like reported on this so…might have a lawsuit soon. Love ya.”

Another post speaking to Peek’s firing was screen-capped and uploaded by Bailey as well, which contained a screengrab of a social media post by his sister delineating the details behind his firing.

“My brother Dennis has worked at Wendy’s in Stanley for over 20 years and I am heart broken to say they have fired him!!!!!!!” the post read. “His dream was to retire from there some day and he was looking forward to a huge retirement party, we may just give him that party and tell him he has retired because he does not understand being fired!!!!! They told me he was unable to perform the duties of a normal persons job!!! I am also looking into a wrongful termination of a special needs employee, wish me luck! I am very disappointed with the management at Wendy’s in Stanley, they have no idea how they hurt my brother!”

Bailey also screen-recorded what appears to be a local news report commenting on the situation and the social media backlash the Wendy’s location received for Peek’s firing. It contained an interview with the former fast-food employee’s sister who said, “All the comments and support for my brother, it just melted my heart.”

Charlotte, North Carolina, local news outlet WBTV reported that the sister was informed of Peek’s firing over the phone, and she was immediately gutted upon hearing the news as she knew how much the job meant to her brother. After the news of the restaurant’s decision to let Peek go went viral online, the social media outrage made its way to Wendy’s corporate office, leading the franchise to apparently give the man his job back.

The chain’s corporate offices responded to WBTV in a statement: “We are committed to creating a welcoming and inclusive environment for our employees and our customers. This was an unfortunate mistake and lapse in protocol; we are in touch with the employee’s family, and we are looking forward to welcoming him back to work in the restaurant.”

A number of folks following the events on social media cried for the manager who fired Peek to be penalized in some capacity for his actions. When WBTV asked what kind of action would be taken against the supervisor, if any, the representative from Wendy’s had this to say: “We cannot comment further on personnel matters, but we’re taking appropriate action. This was an unfortunate mistake that we’re working through with the team member, his job coach and family. We’re also using this as an opportunity to retrain all our teams on our protocols.”

For Peek’s sister, what’s most important is that he is able to get back to work at the place that he’s loved for so long. “To me, that was giving a normalcy back to [my brother,]” she told WBTV.

As for his retirement party, she says that she’s contemplating throwing a shindig for him regardless and it’s an idea that Peek seems to be in favor of: “I have a retirement party. I like that,” he said. The Daily Dot has reached out to Wendy’s for further comment via email, and Bailey, who doesn’t know Peek personally but considers him a part of her community, via TikTok comment.