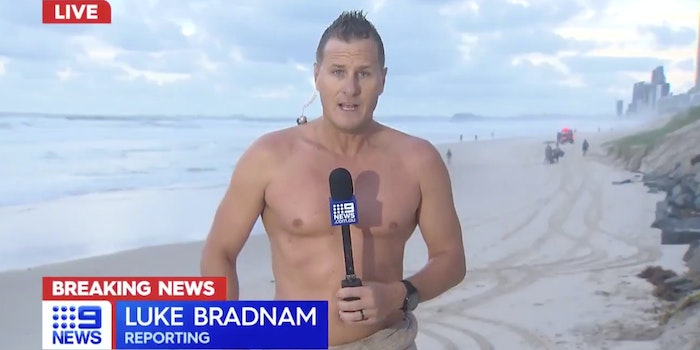 Weatherman pulls body out of water during live broadcast

'Sure enough, there's a body face down in the water.'

An Australian weatherman helped recover a body from the Gold Coast sea during a live broadcast on Friday.