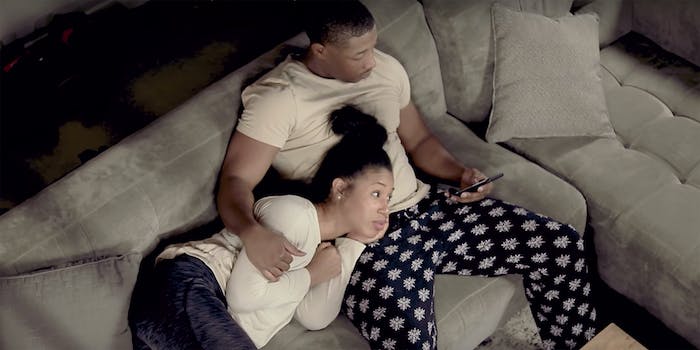 Does the N-word simply reflect or only hurt modern Black culture?

The N-word will never be without controversy. We know it should never pass through the lips of a white person or, really, anyone who is not Black. Yet the extensive use of the word in pop culture, creative work that has been touched and molded by the hands of many, has recently re-stirred passions over when is the time to abandon it altogether.

This debate remains strong in the Houston film community after a Black film festival accepted and then rejected a webseries with a predominantly Black cast and a white director in March over the artistic use of the N-word.

The new webseries #WASHED is the story of a young Black professional named Mark who experiences a “quarter-life crisis” on his 30th birthday. Mark casually exchanges the N-word with his friends and significant other throughout the show and also has conversations with the viewer that serve as his inner-dialogue.

For example, after Mark admits to the camera that he’s not sure his girlfriend is the love of his life, she tells him, “I can hear your thoughts, n***a.”

The crew submitted the first two YouTube episodes of season 1 to the Houston Black Film Festival, and on March 15, the festival let them know their submission had been accepted. Minutes later, the crew members were emailed a rejection. When they inquired what had changed, the festival responded three days later, praising the webseries for its talent but saying the rejection was for one reason—the use of the N-word.

“Here is a grand piece of work that you don’t see come along often,” the letter read. “However, here is a predominantly black cast allowing what appears to be a non black man direct them in the profuse use of a vile, self-devaluing word.”

The festival said the crew and the white director Jerod Couch diminished their own work with the use of the N-word and hopes #WASHED will discontinue perpetrating the lie that if a character does not “spray” the N-word, they are not “authentically black, ghetto, or gangster.”

“Sidebar, even if (the director) is black, he owes us better,” the fest said. “That’s why this gets a hard pass.”

Founder of the festival, Vanessa Morman, told the Daily Dot that she wrote the rejection email to the #WASHED crew. Morman, who identifies as a baby boomer, founded the festival in 2008 to elevate the perception of Black people on-screen after seeing celebrities like Chris Rock normalize the N-word in an “offensive, abrasive, and unnecessary” way.

Morman said #WASHED was originally accepted for the quality of the trailer but was rejected after further review. Jurors have different opinions because of age and background, but Morman reviews their notes and has the final say.

Some entries accepted to the festival did contain the N-word but used it in a way that “moved the story forward,” Mormon said. A film about two reincarnated African-American spirits called Last Life used the N-word, according to Morman, and it took home best picture.

“(Last Life’s usage) flows with what you’re seeing on-screen back in slavery,” Morman said, in a time when that word was intended as a slur.

“We’re the only culture that embraces on-screen being degraded,” Morman said. “When we go to the movies, we’re paying our money to be entertained. And we have to hear this inflammatory word that was actually the last word some tortured Black people heard before they died.”

A slur or a reflection of modern Black culture?

Corey Pratt, who plays Mark, told the Daily Dot he had several problems with the rejection. His immediate reaction to the email was that he assumed, correctly, that whoever had reviewed the show must have been someone from an older generation.

“The reason that they denied it just didn’t seem like something a millennial would say,” Pratt, 30, told the Daily Dot. “Because the word is just so ingrained in our vocabulary, quite honestly. As a kid growing up in the mid to late ‘80s and pretty much coming into your own in the ‘90s, that word was kind of all you knew. It was a term of endearment. It wasn’t as derogatory as someone from the previous generation may have taken it.”

This is true. As even Morman points out, the N-word is part of modern Black pop culture lexicon. “For many of this generation, the word is tossed around unthinkingly, no more impactful than a comma,” the Washington Post reported in 2014. The N-word is used as much as 500,000 times a day on Twitter, according to the Post.

Even after Mormon sent her rejection explanation, fest coordinator Melonie Armstrong emailed the crew privately with an apology to say “not all jurors had a problem with (the) show.”

But Pratt, who also co-wrote the script with Couch and a Black female writer who asked not to be named, had another problem: how his role in the production was dismissed by the festival. He said was the one to spearhead the scriptwriting and wanted the script to reflect the reality of the cast members.

“I feel like (the festival) kind of called out the Black cast members, because I believe in the email they were like, ‘You let this white director direct you to use the N-word’ in a sense and that wasn’t the case,” Pratt said. “I mean, we wrote this as a collective.”

Couch was also offended by the sentiment that he had coerced the cast into using the N-word. Couch stressed that the N-word was either written by Pratt or ad-libbed on set. When actors ad-libbed the word, he didn’t make the directorial decision to reshoot a scene, he said.

“What really caught me off guard was the fact that they threw the cast under the bus as if I directed them or forced them to say anything, because this is a very collaborative process and some of our best scenes and lines are ad-libbed,” Couch said.

Morman, however, said she doesn’t believe Couch “forced” the cast into using the N-word.

“I didn’t feel like that at all, because this is a word that they clearly embrace and that they’re comfortable with saying,” Morman said.

Morman said the problem lies in Couch being just as desensitized to the N-word as the crew. To her, the word will never be a term of endearment.

“Why are we normalizing a word that was so hurtful and painful in the history? There’s no way to change the delivery to make it a decent word. You just can’t fix it.”

While the webseries hasn’t been widely promoted yet, Black Talent TV’s creative director Philip Hernandez gave #WASHED a positive review in January. He said he found out the director was white after he watched it and it didn’t sway his opinion.

“I’m sure it’s not everybody’s cup of tea, but you can’t deny the content,” Hernandez said. “I thought the story was great, I thought the premise was interesting, and I thought the acting was great. I didn’t want the word to shadow over the talent that was on-screen.”

Like Morman, Black Talent TV co-founders Diana McCray and Patricia Rivera said they have a closer connection with the history of the word, so they personally don’t understand why young people use it. Rivera said she feels that using the N-word is taking a step backward.

“It was an insult to my father to be called ‘boy’ or to be called the N-word,” Rivera said. “It wasn’t said so in a good light. It was not a positive conversation. And so that’s why when I hear these young kids using that word, it’s like, I don’t understand why you still think it’s important to use that word. And I would like to talk about it more.”

McCray, who lived through the Civil Rights movement, personally felt #WASHED could have been made without using the word because she has seen countless brutalities toward Black people, she said.

“There’s so much controversy because of the experience, and I had that experience,” McCray said. “You know how it’s like in your subconscious when you hear the word, it just kind of brings something out of you.”

But McCray said her personal preference runs up against a young audience who does view Black Talent TV’s content, and when the company posts a review, it’s ultimately up to the viewer to accept or reject a piece. For this reason, Black Talent TV tries not to judge in absolutes.

“They’re making this art and this is how (the cast members) talk and it was put in there,” McCray said. “But I also respect the festival because they’re coming from the point of, ‘We don’t want to embrace this N-word. This is not our mission, this is not our brand.'”

Byron Hardy, who plays Eric, said the #WASHED cast wasn’t ignorant of the history of the word during production. He understands that language is a personal preference but said focusing on it alone leads to missing the bigger picture of the webseries.

Hardy said there is a fine line with gratuitous use of anything that is censored, but he felt that #WASHED was successful at reproducing normal, organic conversations that happen every day. It is the same thing critically acclaimed shows like Insecure do.

But Couch said he doesn’t want to tell anyone what “they can find offensive or not.”

“If it’s offensive to them, then that’s their truth,” Couch said. “They were within their right to bar us. It’s their festival, they do what they want.”

Morman said the only thing she struggles with is the fact that #WASHED is someone’s creative content and she doesn’t want to censor it. At the same time, Morman said, “We must do better for our young people.”

“That is the No. 1 thing we are here for—to uplift the culture,” Morman said. “And if it’s not uplifting the culture, we can’t be a party to it, because we’re pushing it out there.”