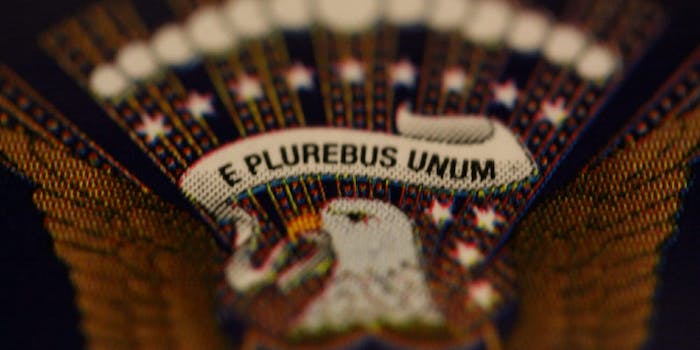 Voting is more complicated than filling out a ballot.

Did you vote today, or did you do it the “right way” and vote early? Well, you better get to it, or else your friends might find out you didn’t.

VoteWithMe and Outvote, two smartphone apps that let voters check their friends’ public voting records, are drawing public ire after the New York Times published a story detailing the problems they pose in a politically divided America. Both services pull up public voter data records alongside your phone contacts’ legal names in order to show you whether your friends voted and what their party affiliation is at the ballot. So while you can’t see who your friends voted for—that information is private—you can tell how often your friends vote, if they voted for the same party as you, and if they’re a frequent or infrequent voter.

Both apps also remind you to reach out to your friends and tell them to vote. Outvote is particularly bad in this regard because it literally gameifies voter outreach. The service tells you how many voters you know and features a rank system based on how many people you reach out to in your contacts list. Users start out at the “canvasser” rank, and by reaching out to friends, they can increase their “activism points” to the next rank. The more people that join Outvote, the better. Think World of Warcraft meets the American election cycle.

Letting your friends snoop on your voter data with a smartphone app is just the latest gimmick in a wave of intrusive get-out-the-vote initiatives that the Washington Post dubs “vote shaming.” In that piece, reporter Antonia Noori Farzan details a mysterious “Pennsylvania State Voter Report” that unsolicitedly told Lancaster County residents their voting data prior to the Pennsylvania primary election this May. The report also tells recipients about their neighbors’ voting records and vows to “mail an updated chart” telling “you and your friends, your neighbors, and other people you know… who voted and who did not vote.”

The idea is simple: Go out and vote lest you be humiliated. That’s a great way to turn voting into a mandatory duty imposed onto others by peer pressure, social ostracization, and a stern insistence that one must vote in order to be a good American citizen.

Voting is a form of political self-expression. Plenty of Americans refuse to vote because they see the American political system as a fundamentally flawed creation developed by white slave owners. Other times, people are so marginalized that they cannot vote. Voter suppression laws may keep Black and impoverished voters from the polls. Americans who commonly move for basic survival, like domestic violence survivors or disowned queer youth, may not be able to fix their voter location in time. Trans peoples’ legal name changes may result in awkward or incorrect voter data. And sometimes, mental health concerns like depression, social anxiety, and OCD may keep voters from going to the polls or even registering to vote.

Apps like Outvote and VoteWithMe act as if voting is a simple decision that people merely choose not to do because they’re lazy. In reality, voting is a complicated political act, and there’s plenty of reasons why a person may not vote.

“People know politicians lie and typically don’t give [a] damn,” activist Charles Preston tweeted this weekend. “People know the system is set up for many to fail and few to win. Vote-shaming never speaks to this. It’s really a self-righteous tactic that tends to blame Black people and young for society’s problems.”

People know politicians lie and typically don't give damn. People know the system is set up for many to fail and few to win. Vote-shaming never speaks to this. It's really a self-righteous tactic that tends to blame Black people and young for society's problems.

We really need to stop shaming black folks who don't vote. Why folks think this line of thinking is effective and convinces folks to vote is beyond me. It does the opposite. https://t.co/50Cl2vkh8k

why don't people vote? is it because they're moral failures, or is it because voter suppression is ubiquitous? the answer to that has policy implications and implications for what you focus on and how you treat people. https://t.co/bHE3dqQmEN

it's so incredibly typical that she thinks people object to vote shaming because it's mean or something rather than because it's demonstrably ineffective and more about the shamer's ego gratification than anything else pic.twitter.com/9alqwUbe5y

I am NEVER here for rich people to condescend to Black folks about voting. No matter how beloved or Black they are.

It is REALLY EASY to encourage folks to vote & provide important info without hypocritically shaming people.

Voting didn’t save our ancestors & it won’t save us.

Some ppl think their self-aggrandizing vote shaming tactics are justified bc of what's at stake. You know what's important, w so much at stake? Winning. You know how you do that? Effective mobilization. Shame makes ppl cower, it does not mobilize. Period. Learn that shit already.

Others point out that the American people need more political expression beyond voting, and that “voting” itself needs to be reformed.

NO VOTE SHAMING!!!! If u must shame plz direct it at those who perpetrate voter suppression.

"Abstain" – finally acknowledging that for many, its a choice to not #vote. Now we need a better dialogue about why people are refusing to vote and how to address their reasons instead of shaming them https://t.co/8fipVyLPDJ

It’s not easy. It is not easy to register to vote. Sure, in a lot of situations you can click a button online and you’re good to go.

So go out and vote today. Or don’t. It may not be your choice in the end due to your circumstances. Either way, the only person who should feel ashamed is the one pointing fingers.