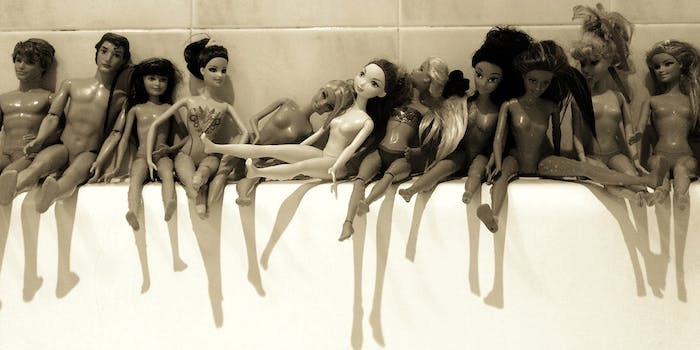 You can now plug into Lisa Ann from anywhere at all.

Why have sex with a human when you can buy another techie toy and stay home alone?

Have ME whenever & wherever you want, thanks to @Fleshlight http://t.co/RECq7fH0HW pic.twitter.com/7hgDwf4rjs

The implications of virtual sex using teledildonic toys are endless. Not only could it put camming at the top of the sex industry’s economic ladder, it could also rid the world of the need for things like STD barriers and birth control.

But teledildonics has a potential dark side, too. With the Ashley Madison hack revealing tens of millions of infidelities across the world, teledildonics presents a new way to leave behind a damning data trail of your sex life. And what if someone were to surreptitiously hack into the sex you are having with your partner while they are out of town, or some other violation of consent? The possibilities for the future of virtual sex are both exciting and worrisome.