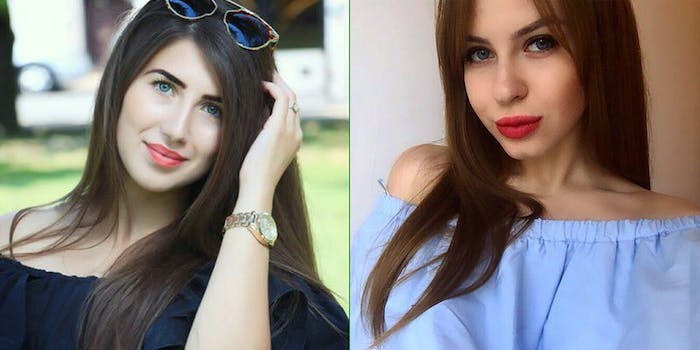 It's time we have an honest conversation about the flawed concept of 'virginity.'

Like a solar eclipse or a Kardashian breakup, every six months or so, a virginity auction hits the headlines. Details change slightly, but overall, the stories that capture our attention are basically Mad Libs versions of this one: a young woman, barely legal, has decided to auction off her virginity to the highest bidder. She is willing to undergo a “medical examination” and provide “proof” of her pristine and intact hymen. She is pretty. She is white. She wants to use the money to pay for school or travel. The men bidding on her first sexual experience get to keep their anonymity, but they’re often described as “international businessmen.”

The time around, the young woman is named Kim. She is 19. She is selling her virginity through a German website called Cinderella Escorts. She wants to use the money to pay to go to school in Europe. In her online profile, she allegedly writes, “Should I give my virginity to a man who later on maybe will break up with me or is it better to take a lot of money instead?” The minimum offer is set at $100,000.

And yet, whenever a virginity auction makes its scheduled appearance in the news cycle, the reaction is always the same: shock, disgust, discussions of morality, corrupt youth, feminism, and body autonomy. The conversation about virginity auctions is trapped in an echo chamber.

“Our culture loves to talk about young women and sex and virgins and money,” Therese Shechter, director of the documentary How to Lose Your Virginity, told the Daily Dot. “Add to that moralistic hand-wringing over a woman having sex for money and giving up her ‘precious gift,’ and virginity auctions are a potent stew.”

It’s impossible to talk about virginity auctions without talking about virginity, and here’s where things get tricky, because, well, virginity doesn’t really exist. Virginity is most often defined by penis-in-vagina sex, which not only conveniently leaves out all forms of sex except the good old procreating kind, but has absolutely no bearing in medical or anatomical reality.

It’s a social construct rooted in Christian ideals about purity, gender roles, and male ownership that date back hundreds of years. Back when marriage meant a wife became her husband’s property, virginity was a way for men to feel confident they weren’t getting damaged goods. “You want something brand new in its original packaging,” Shechter explains, “and that is how it has its most value, just like a Star Wars action figure.”

In more recent years, virginity has been obsessed over by the religious right, lauded at purity balls, and extolled by well-funded abstinence-only education programs. Modern-day virginity campaigns might make half-hearted appeals to men to “save themselves for marriage,” but when politicians, pastors, and parents talk about virginity, make no mistake: they’re talking about women and girls. Like the never-ending debates about birth control and abortion, our fixation on the state of a woman’s hymen is just one more way to control her sexuality, and remind her that her body is everyone’s business but her own.

“What is virginity, anyway?” Kitty Stryker, sex worker and editor of the upcoming book Ask: Building Consent Culture, told the Daily Dot. “It’s very much a patriarchal ideal of innocence. If it’s about hymens, most women have already broken their hymens in their teens from riding a bike or playing soccer. If you’re talking about virginity as penetrative penis-in-vagina sex, lots of people have sex in other ways, and there are some women who never have penetrative sex—are they having sex? Are they virgins?”

Stryker is right, but hymens are still widely considered a tangible token of virginity, especially in the world of virginity auctions. So much so, that escort sites will often offer “proof of virginity.” This usually entails some kind of doctor’s note vouching for the existence of a hymen, which, again, does nothing to prove whether or not a woman is a virgin, because, again, virginity is not a medical condition and cannot be measured or proven since most girls’ hymens tear or rub away by the time they’re in their teens.

“There’s no real definition of virginity,” says Shechter, “but if you’re going to define it as penis-in-vagina sex, there’s no test that will tell you whether that’s happened or not. There is no gynecologist of any reputability that will tell you. You can tell exactly as much as you can by checking a guy’s testicles.”

Examining a man’s genitals to determine his sexual history is a laughable concept for a few reasons: Men have no cultural or anatomical equivalent to a hymen; men are expected to be sexual; men are never seen as “pure” or “pristine”; and virginity, for a man, is an undesirable status. Boys receive cultural messaging from a very young age encouraging them to shed their V-card and rack up sexual conquests. They’re not told to guard their “precious gift,” or consider the emotional ramifications of their sexual experiences. Their sexual history is never used to compare them to a dirty toothbrush or a chewed-up piece of gum. There’s no mystique attached to deflowering an 18-year-old boy.

This paradox is rarely more obvious than in the context of virginity auctions. Men are not auctioning off their virginity because there’s no value attached to a man’s sexual inexperience. A woman’s virginity, though? That holds not only cultural value but capitalistic value: hundreds of thousands, sometimes millions, of dollars. While the conversation about virginity auctions tends to fixate solely on the women involved, what does it say about the men who are buying into this archaic nonsense and willing to spend exorbitant sums of money to “deflower” someone?

“These auctions are almost a patriarchal trick on men,” says Stryker. “To me, the concept of virginity and innocence is so absurdly ridiculous, if someone is going to believe in this, you should milk them for all they’re worth.”

It’s important to note, however, that all women’s virginity isn’t worth the same amount, culturally or monetarily. “I definitely think that a younger white woman is valued above others,” Feminista Jones, social worker, feminist writer, and activist, told the Daily Dot. “The darker a woman of color is, the more entitled people feel to her body, and the more they assume she couldn’t be a virgin because they already have these hypersexual ideas about her. If an 18-year-old black girl was like, ‘I’m selling my virginity,’ some people would look at her and say, ‘Why should I pay for something that I have the right to take?’”

Entitlement to black women’s bodies manifests itself in higher rates of sexual assault, police brutality, and countless forms of day-to-day aggressions and prejudice. It also means black sex workers are often paid significantly less than their white counterparts and struggle to break into “upscale” escort work. Meanwhile, a young white woman selling her virginity online has the potential to pay for her entire college education, all the while avoiding many of the stigmas of sex work.

“People have their own stereotypes about sex workers and what that image is supposed to be,” says Jones. “They’re probably not even equating a woman auctioning off her virginity with being a sex worker because she’s a so-called virgin. There’s a disconnect there.”

As Shechter points out, if you strip away all the illusions, fantasies, antiquated beliefs, hymen tests, moral debates, and breathless headlines, virginity auctions are sex work, plain and simple. “What is actually happening is a woman is engaging in some sex work which will provide her with some income, and that particular kind of sex work is a fetish niche for men who want to be the first to put their penis in her vagina,” she says. “When you break it down like that, it becomes kind of clinical. But that, in fact, is what is happening.”

The mystique of virginity has allowed these auctions to exist in a rarified category of their own even as our political climate has made sex work in general much more dangerous, says Stryker. “Family values are coming back into play, and we’re fighting about reproductive rights again. I think that all plays into beliefs about sex work, because it’s about whether or not women should have autonomy over their bodies,” she says. “If we believe women have something innate and precious that must be protected, that ends up hurting sex workers. Sex work can be coercive, but it can also be the most freedom a woman can have under a white supremacist capitalist patriarchy.”

The media coverage dedicated to virginity auctions presents an opportunity to discuss not just our collective beliefs about virginity and innocence, but also our prejudices and double-standards in regards race, gender, and sex work. Instead, however, these auctions are often packaged as scandalous clickbait, and we forgo examining how a person who chooses to buy or sell virginity is taking part in a complex story about American culture, a story that’s long overdue for an update.

“We’re in this fantasy world,” says Shechter, “where guys will require proof of something you can’t prove, and then will pay to do something that doesn’t really mean what they think it means, and everyone walks away somehow satisfied but setting back the conversation about female sexuality another hundred years.”