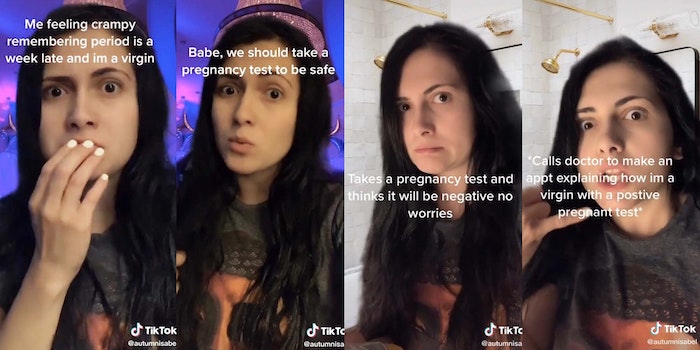 It is technically possible!

Reproduction, by its very nature, is typically the biological process in which a male impregnates a female by fertilizing her egg during the act of sexual intercourse. Of course, there’s more than one way to make an omelet, so to speak, whether by in vitro fertilization or intrauterine insemination or what have you. So, if Jane the Virgin has taught us anything, it is technically possible—though highly unlikely—for a virgin to get pregnant, as one formerly pregnant virgin recently revealed on TikTok.