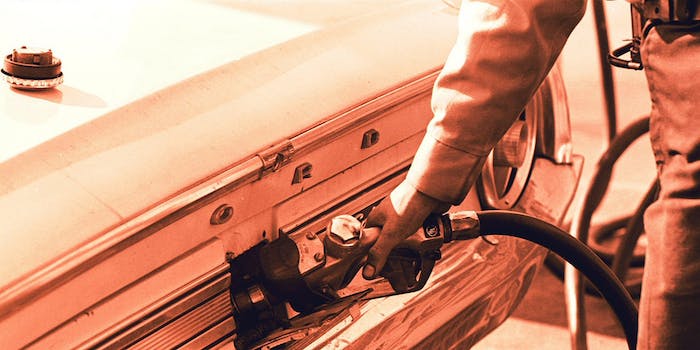 His gas station attendant career may be over, but perhaps a stint as a workers’ rights activist is on the horizon?

Joe Blumm worked his full overnight shift at the BP in Grand Rapids, Mich., and then he waited for his manager to come replace him. And waited. And waited.

Blumm had asked to be taken off the third shift, and was anxious to get home. So after idling for over an hour with no phone call from his supervisor, he decided he’d had enough. He wrote his boss a note explaining why he left and lock the station up until she arrived.

This is how you quit your shitty third shift gas station job http://t.co/Q1b8eaBm4f

Blumm knew he might get fired over the note, and he did. He didn’t anticipate, however, that someone would take a picture of his note, or that they would post it online. He definitely didn’t know that the image would go viral on Reddit shortly after he wrote it. Unlike viral job-quitters like Marina Shifrin, who danced her way out of employment in a purposely meme-ready video,  Blumm didn’t intend his Not Gonna Take It Anymore moment to become an internet hit. But he’s trying to turn the experience into a positive.

“I know I struck a chord with a lot of disgruntled low paid employees who get the short end of the stick,” he told Fox 17 in Grand Rapids.