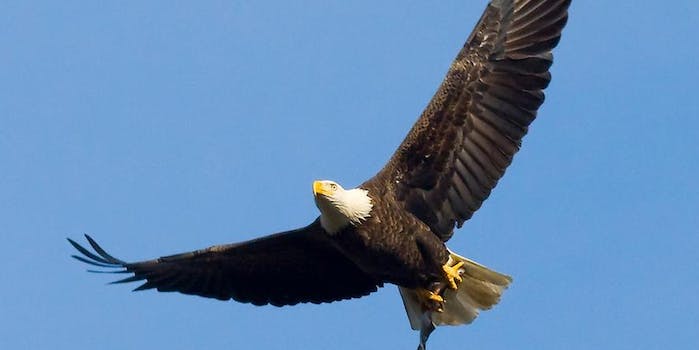 Many people will recognize this image of a bald eagle perched on a gravestone, which makes the social media rounds every Memorial Day.

But what’s the story behind the photo? According to the Star Tribune, photographer Frank Glick was driving to work one morning through Fort Snelling National Cemetery when he spotted the bird atop the gravestone. He snapped more than 60 shots of the bald eagle, all from different angles.

After the photo went viral, Glick received many requests for it. The Department of Veterans Affairs and the Arlington National Cemetery have asked for a reprint, and everyone from soldiers in Afghanistan to veterans have called Snelling National about the photo.

While some have apparently argued that the image was Photoshopped, Glick insists that while he cropped it for publication in the Star Tribune, the photo is otherwise unaltered.

Years after the photo was originally printed, people are still talking about it on social media.