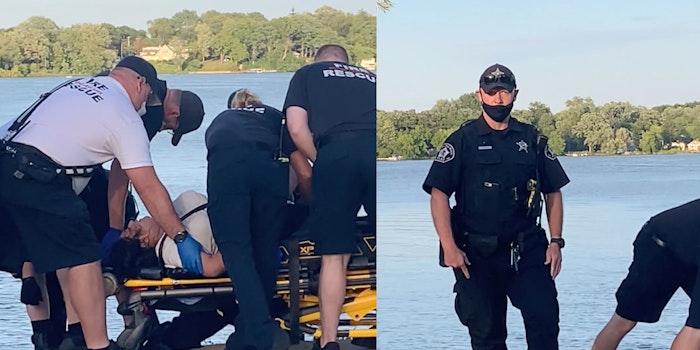 It is being pointed to as an example of the potential risk of calling cops for mental health aid.

An officer was captured on video punching a woman in the head several times as she was restrained and surrounded by numerous other officers, who were all responding to her mental health crisis.