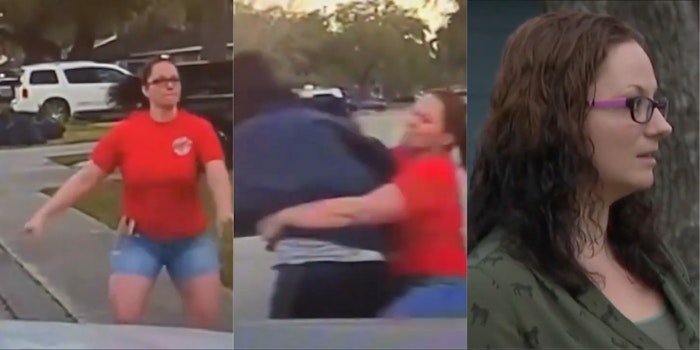 'The cop fist-bumped me.'

A police dash camera video shows a mom tackling a suspect accused of peeping into her 15-year-old daughter’s bedroom window.