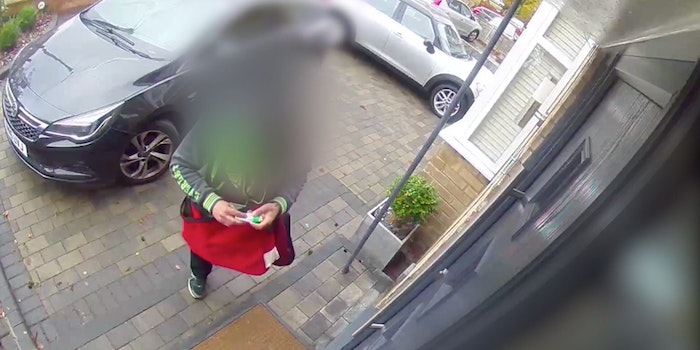 Man appears to spit into donation bag before delivery

CCTV caught the man on a delivery run.

A recently surfaced video shows a man spitting on a package meant for giving or receiving donations before delivering it to a couple’s mailbox in Kirk Ella, England, Daily Star reports.