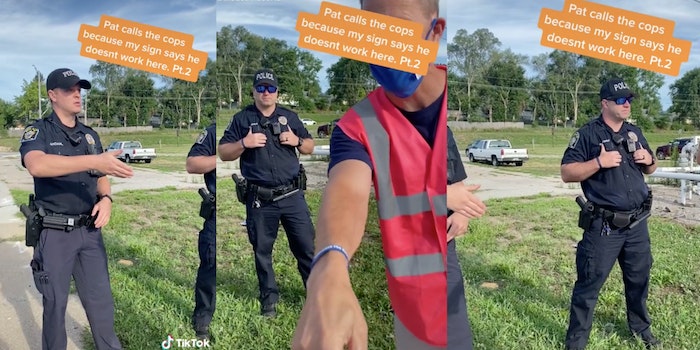 'If anything, you're kind of in her face.'

Abortion clinic escorts are sharing their wildest moments on TikTok, and viewers can’t get enough. A TikTok video of a man who called the police on a clinic escort getting mad when the cops refused to take his side is going viral, to the delight of pro-choice activists.