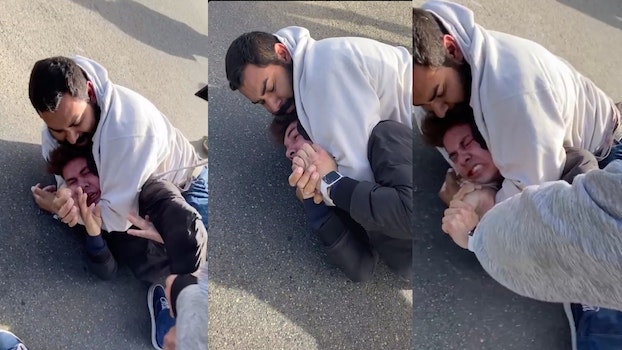 Video: Man put in chokehold after crashing into MAGA rally says he was targeted for being gay

The man claims he was the victim of a hate crime and set up a GoFundMe.

A video circulating on social media shows a supporter of President Donald Trump placing a man in a chokehold after the man crashed his vehicle into a “Stop the Steal” protest in Santa Maria, California.