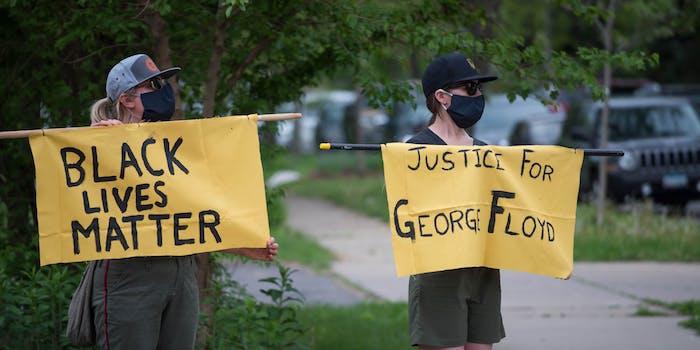 'You just killed that man,' somebody yells at a police officer.

Crump is representing the Floyd family.

“This is beyond disturbing, even harder to watch than the first video,” Crump wrote. “Tou Thao stood guard as Derek Chauvin MURDERED George Floyd … while witnesses of the execution tried to stand up for JUSTICE, tried to save George’s life!”

One of the bystanders later confronts the officers, including Chauvin and says, “That man going to haunt you for the rest of your life.”

“You just killed that man,” somebody yells at the officer.

The new footage shows a wider angle than the initial viral clip of Chauvin kneeling on Floyd’s neck. It also shows the officers walking away and returning to their cars as paramedics rush to help Floyd.

The initial clip shows Floyd gasping for breath and calling out for his late mother. He repeatedly tells officers that he can’t breathe.

The new clip, which is roughly four minutes long, shows the scene from the crowd, who are begging officers to get off a handcuffed Floyd and for Thao to intervene—which he refuses.

Every officer involved in the arrest was charged and fired from the police department.

Chauvin has pled not guilty to charges of second-degree murder and manslaughter.

“The four ex-officers MUST be convicted of MURDER for this hideous atrocity!” Crump wrote. “They MUST all be held accountable!!”