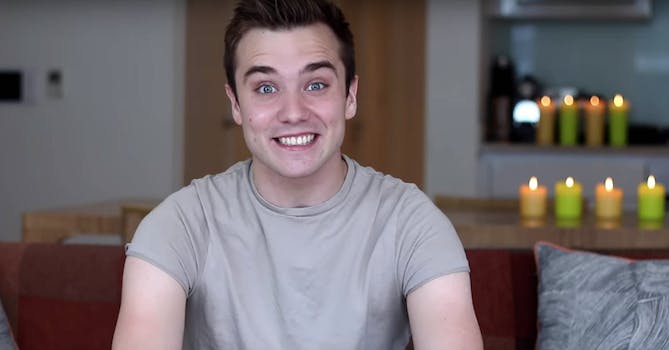 YouTube star Calum McSwiggan said he was attacked outside of gay bar; police say he injured himself

A friend of the gay YouTuber says the attackers used to social media to locate him.

VidCon fell on the same weekend as LGBT Pride this year, and like many out YouTubers, Calum McSwiggan was celebrating.

But the gay YouTube star’s Sunday night party—a sort of closing celebration for both VidCon and Pride month—was cut short when he said he was attacked and brutally beaten by three men outside of West Hollywood gay bar the Abbey.

Yet, the West Hollywood Sheriff’s Department said Thursday that McSwiggan wasn’t beaten and was, in fact, arrested after he allegedly vandalized a car.

According to McSwiggan’s friend and fellow YouTuber Riyadh Kalaf, the alleged attack was not a random event. In a series of tweets, Kalaf said that the men referred to he and McSwiggan by name and had used their social media posts to locate them.

The Abbey, where the attack occurred, recently made news when the bar posted armed guards on the premises after the Orlando mass shooting.

McSwiggan posted a hospital photo to Instagram on Monday night, along with a description of the attack. He said he suffered three broken teeth and required six stitches in his head.

Sitting in the backseat of cab at a stoplight on Bushwick Ave. around midnight last night, a guy on a bicycle rolled by and popped me in the face with his bike lock. I'm fine. I'm lucky. Just a scrape. Matthew Conley jumped out of the cab and chased him down the street. The guy yelled back "FAGGOT". It was a shocking end to a beautiful day of celebration.

Spooner called the sudden attack “a shocking end to a beautiful day of celebration.”

In multiple cities, this year’s pride month celebrations were tainted by fear and increased police presence after the Orlando shooting.

“I’ve never been so terrified,” McSwiggan wrote on Instagram, “to be a gay man in the public eye.”

In a statement emailed to the Daily Dot, the L.A. County Sheriff’s Department said:

reports of violence in our community. Deputies from West Hollywood Station responded to and

McSwiggan, who had no visible injuries, was subsequently arrested after deputies observed him

vandalizing a car in the 8900 block of Santa Monica Boulevard. After being booked and photographed,

observed injuring himself with the handle and receiver to a payphone inside the cell. Medical personnel

were summoned and Mr. McSwiggan was transported to a local hospital for treatment. Mr.

McSwiggan’s booking photo was taken prior to deputies seeing Mr. McSwiggan injuring himself.”

Here’s the mugshot released by police.

Khalaf, though, is still backing McSwiggan.

I've been told to say nothing before court tomorrow but staying silent here is killing us. If you're a friend just DM me for the truth.

Update 8:30pm CT, June 28: Includes the full news release from the Sheriff’s Department’s and the responses from McSwiggan and Khalaf.