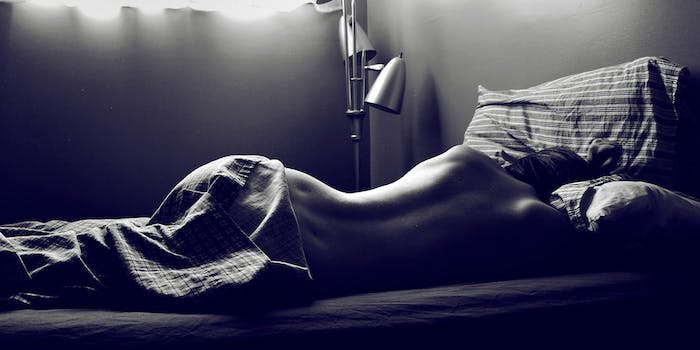 Don’t toss out your favorite toy just yet.

Sex toys are great. But like anything else, too much of a good thing can be dangerous. And some women have reported that after using their vibrators for a prolonged amount of time, their vaginas have become desensitized to most other forms of stimulation, to the point where nothing short of a jackhammer to the clitoris will get them to orgasm.

Additionally, women don’t just use jackhammer-type vibrators on the highest-intensity settings to get themselves off. They use different types of toys with varying degrees of intensity and pressure. In studying this phenomenon, researchers would also have to account for those variables to see what type of impact, if any, vibrators have on sexual sensitivity.

“After years of essentially power-exfoliating my lady part, I found that coming any other way required a level of concentration on par with taking the SATs,” Bans wrote. “It was exhausting. Fingers paled in comparison. I barely felt a tongue. I was scared I had vibrated my nerves dead forever.”

Assuming it’s possible to “vibrate [your] nerves dead forever,” pinpointing the cause would still be a challenge. First, you would have to figure out what “normal” genital sensitivity is and where it comes from. Nerves in the vulva and vagina allow for sensation in the genitals, but those nerves play many different roles. Some are sensitive to pain, and others to pressure. Testing for sensitivity in each of those nerves would be complicated, to say the least.

Even if scientists did find out vibrators made your vagina about as sensitive as a rock, “genital sensation is not predictive of sexual response or function,” Herbenick said. Many things can cause a decrease in sensation, including (but not limited to) menopause, breast-feeding, hormonal birth control and hysterectomy, Herbenick said.

But even if women do experience a slight decrease in genital sensation over time, women can and do have fulfilling sex lives—with orgasms aplenty.

“It may be useful for us all to ask ourselves why there are myths or ideas that vibrators cause a loss in sensation or that people can get ‘addicted’ to it, but we don’t ask the same thing about our fingers or intercourse or oral sex. What is it about masturbation—and especially toy use—that has some taboo lingering with it?” Herbenick said.

Photo via Lianne Viau/Flickr (CC BY 2.0)