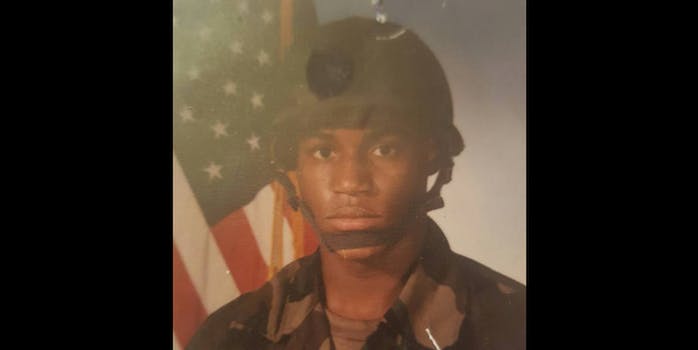 The manager kicked him out and questioned if he needed his service dog.

On Friday, a 47-year-old Army veteran went to a Chili’s in Texas for a free Veteran’s Day meal. Pretty standard stuff. Except Ernest Walker, who also happens to be a black man, says that while the waitress was packing up his meal to go, a customer in a Trump shirt started questioning if he was a veteran since Walker was wearing his hat indoors. The Trump supporter then went in the back of the restaurant, ostensively to complain, and soon the manager came out and questioned Walker as well.

Walker, who was also with his service dog named Barack, says he handed the manager, Wesley Patrick, his military ID and discharge papers. “At that point, he should have just said, ‘I am sorry Sir, thank you for your service,'” Walker wrote on Facebook. “Instead he followed up with ‘the guest also said your dog is not a service dog.'”

Patrick then took Walker’s food away and told him he had to leave, which is where his Facebook video picks up.

More than 6,000 people have shared Walker’s video and many are asking for Patrick to be fired. Chili’s has since posted on Facebook that it is looking into the incident and that the company “fell short.” 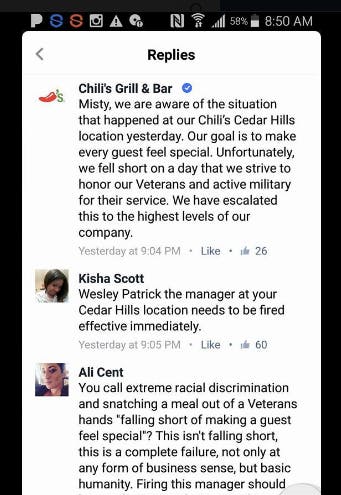