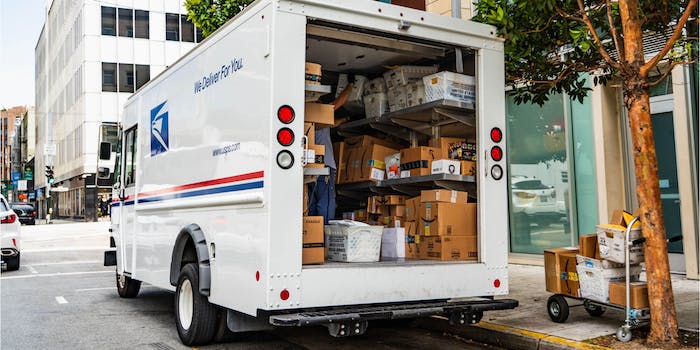 But the USPS may not survive the summer.

Employees of businesses being declared “essential” during the coronavirus outbreak have been demanding better working conditions, and rightfully so. From hazard pay to protective gear, to paid sick leave, their requests are far from ludicrous, and the whole situation is being seen by many as the best opportunity for workers who have long been undervalued to band together and create change.

But employees of one particular entity are in a unique position—the United States Postal Service (USPS).

A petition has been circulating, with USPS workers making similar demands as employees from behemoth corporations such as Amazon. They are requesting hazard pay, slamming the USPS CEO Megan Brennan for not providing everyone with hand sanitizer or masks, and accusing their union of being no help.

“As we get deeper and deeper into this Coronavirus epidemic postal employees are being forced to work and do overtime upwards of 12 hours a day,” the petition reads. “As of this present time there have been Upwards of more than 40 confirmed cases of coronavirus with-in the United States Postal Service.”

The outcry has quickly gained momentum, with over 300,000 signatures on the petition as of the time of writing, and many on social media voicing their support as “USPS EMPLOYEES” trends on Twitter.

“USPS employees are essential, underappreciated, and ridiculously hardworking people,” writer Scott Weinberg tweeted. “Give them hazard pay, a raise, PPE, and whatever else they need to do their jobs.

But as the USPS is a government agency rather than a privately owned for-profit operation, the situation is tricky.

Representatives Carolyn B. Maloney and Gerry Connolly wrote a letter to Senate Majority Leader Mitch McConnell last week expressing concern that the postal service may not even make it through the COVID-19 outbreak due to a lack of funds.

“Based on a number of briefings and warnings this week about a critical fall-off in mail across the country, it has become clear that the Postal Service will not survive the summer without immediate help from Congress and the White House,” the letter reads.

The $2 trillion coronavirus relief package passed into law at the end of March allowed for $500 billion in corporate bailouts, but only a $10 billion loan for the USPS—a paltry amount compared to its 2019 fiscal year operating expenses of $79.9 billion.

“The administration clearly does not understand the importance of the Postal Service, especially now,” warned the president of the National Association of Letter Carriers, Fredric V. Rolando.

As it stands, the USPS could be forced to close as early as June without additional funding, cutting off access to important items such as medication and stimulus checks, with rural areas, in particular, being adversely impacted by the loss of mail.

“All the people tweeting about hazard pay for USPS employees don’t seem to realize there won’t BE a USPS in a few months,” Jacob Gerry wrote.

And some are pointing out that one of the reasons the USPS is in such dire straits is because of a law pushed years ago by the GOP.

Every person working with the public during this worldwide health crisis deserves protections, both in terms of their own personal safety and their financial security. But when it comes to securing those protections for USPS workers, the fight might be a little bit harder to win. But to many out there circulating that petition and praising the hard work of their mail carriers, that doesn’t mean it isn’t a fight worth fighting.