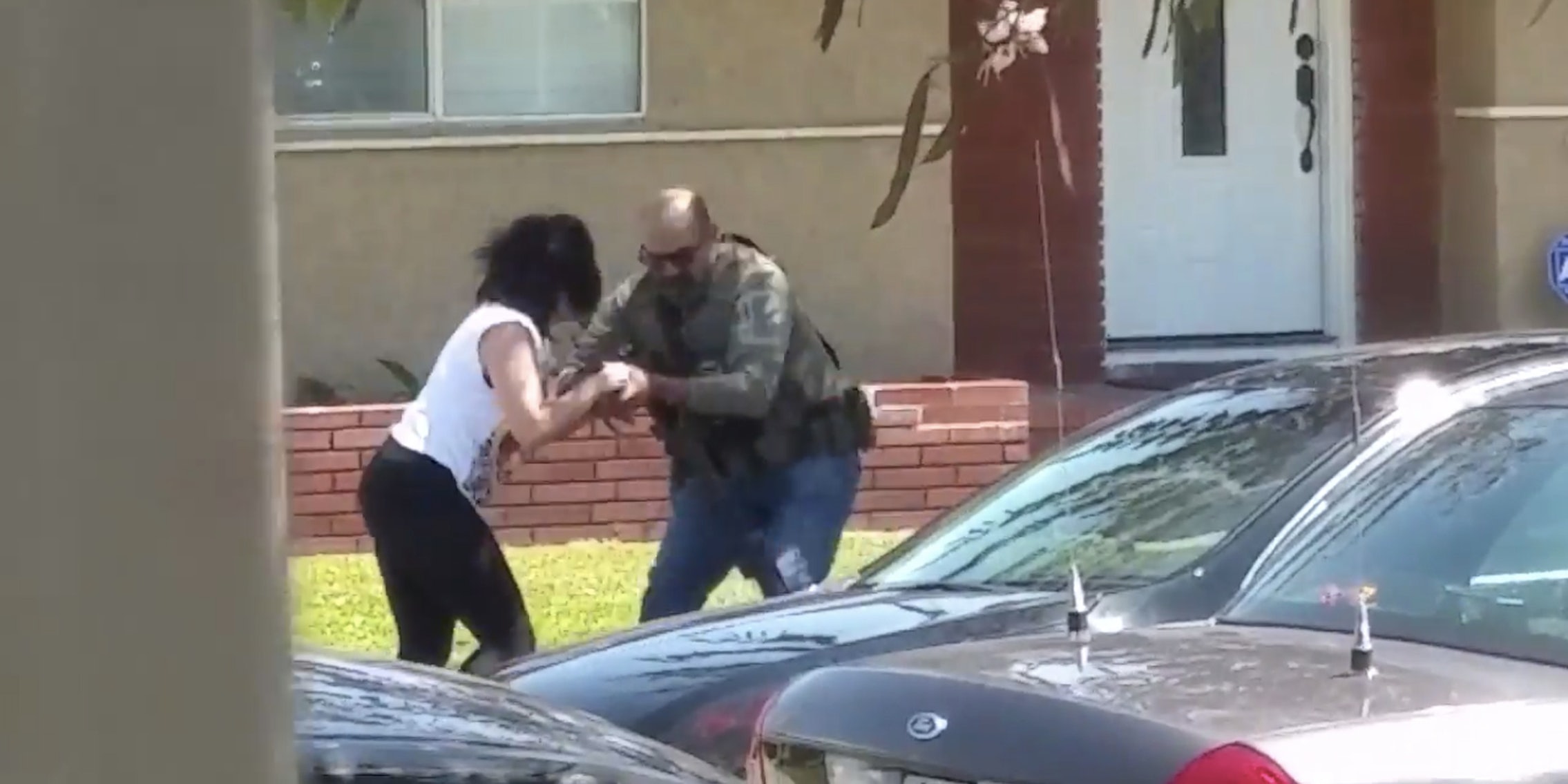 He apparently doesn't take kindly to being filmed.

Federal officials are investigating a YouTube video posted on Sunday that shows a law enforcement officer grabbing what looks to be a recording device from a woman’s hand and smashing it on the ground.

The 53-second video, recorded by a bystander on April 19, shows three U.S. Marshals Service agents standing in front of a house in South Gate, Calif. The agency was reportedly investigating a “biker gang meeting” at a bar in the area.

A woman standing roughly 15 feet from two of the officers is heard repeatedly telling them to keep their distance. She appears to be recording the officers with a cellphone or camera held close to her chest.

“I have the right to be here. You’re making me feel unsafe,” she says. It’s unknown if the officers had already ordered her to move further away.

A third officer holding a rifle appears in the video and approaches the woman. As she backs away he dashes forward and grabs the camera from her hands before throwing it to the ground and kicking it.

A spokesperson for the U.S. Marshals Service told the Daily Dot that the video appears to show an individual on their task force. “We are aware of the video and the incident is under review,” she said. “We’re still looking into it.”

The South Gate Police Department said they were unaware of the incident until they saw the video. The department plans to release a statement later today.

This story is developing and will be updated with more details as they become available.