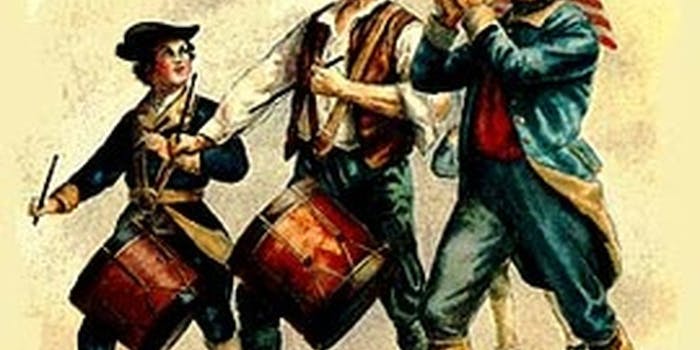 Upvote: This week on Reddit, fighting for the republic

The long-running fued between the r/LGBT community and the section's moderators prompts reflecton on the electoral voting of r/RepublicOfReddit.

A week of leaks later, Reddit’s well of admin and moderator drama seems to have mostly dried up. (Sorry, r/subredditdrama fans.)

There’s been a long-running fight between subscribers of r/LGBT and its moderators. Many users have fled the subreddit for a new competitor, r/ainbow. Those redditors believe that the mods at r/LGBT are abusive and censor dissent. The fact that the conflict has a strong connection to the folks at r/ShitRedditSays, the subject of most Reddit-conspiracy theories nowadays, doesn’t much help.

That conflict went Reddit-mainstream on Thursday with a front-page post on r/askreddit. The question: What can users do about abusive moderators?

It’s a question that comes up time and again on Reddit, and the answer is always the same: nothing. Make a new community, and hope it works. But when I wrote about this earlier this week, I was reminded by a reader about the r/RepublicOfReddit.

Redditors unhappy with Reddit’s normal power structure ought to give it a look.

This week on Reddit didn’t fit into any thematic boxes. It was, however, a great week for live interviews.

From a guy who got hit by lighting and MIT nuclear scientists to a man who grew up Amish, it was an weird and esoterically educational week at r/IAmA.

Of course, we can’t forget that astrophysicist and educator Neil deGrasse Tyson, possibly the most popular man on Reddit, completed the third in his trilogy of AMAs on Thursday. The answers this time were as good as ever, and, for one, Tyson switched to his motivational-mode:

“The problem, often not discovered until late in life, is that when you look for things in life like love, meaning, motivation, it implies they are sitting behind a tree or under a rock. The most successful people in life recognize, that in life they create their own love, they manufacture their own meaning, they generate their own motivation. For me, I am driven by two main philosophies, know more today about the world than I knew yesterday. And lessen the suffering of others. You’d be surprised how far that gets you.”

In other news, ren5311 took us on an adventure along the ocean floor, ghostbackwards told you what to make with the sad contents of your cupboard, and we learned how not to copyright the sound of birds singing.