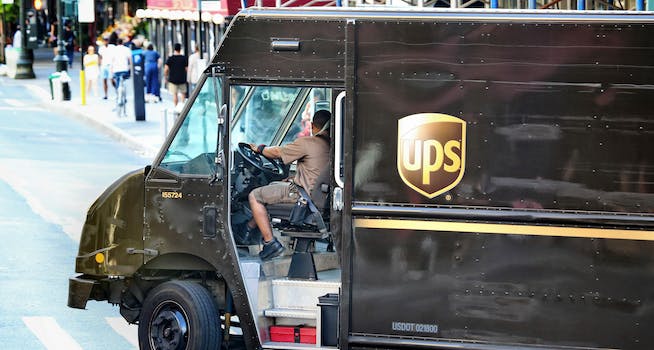 Strikes are supposed to be inconvenient.

It’s hard to imagine your presents not arriving in time for the holidays would be cause for celebration. But maybe this year it should.

UPS workers in different departments and parts of the country may go on strike this holiday season. First, there are the UPS aircraft mechanics and employees who maintain the company’s air cargo fleet (belonging to Teamsters Local 2727) who may take to the picket lines as holiday package shipments reach their peak. Then there are the UPS drivers in New England who may also go on strike this week after being told they could have to work 70 hours over an 8-day period, effective until January.

It’s understandable if your first reaction is frustration or worry at the prospect of a snarled package delivery. No one wants their holiday put on hold. But, if you look a little deeper, it’s clear that a holiday strike isn’t just a good thing, it might be a necessity.

As healthcare costs in America continue to rise—and they will continue to under the Republican tax plan—the effects are being felt both by those who receive employer-provided health insurance and those who purchase care on ACA exchanges. The 1,300 UPS mechanics and air-fleet employees who are considering striking are some of these people facing massive cuts to their healthcare benefits.

Doug Davis, a UPS worker in Louisville, Kentucky, put it this way: “I’m worried about being able to give my daughter the healthcare she needs even though I work at one of the biggest and most successful companies in the world. It shouldn’t be that way. Our customers should know what UPS is trying to do to our families and know that UPS aircraft mechanics are ready to do whatever it takes to protect our healthcare benefits.”

Protecting the well-being of yourself and your family is a pretty good reason to go on strike. Your next question might be but “Why during the holiday season?” The answer is simple: leverage. Management already has the advantage in pretty much any bargaining situation; they are the ones cutting the checks, after all. The key to negotiating is to maximize the leverage of the workers to achieve the best deal.

A couple of years ago, Labor Notes, a media project that shares stories about union actions, published an article on Boeing that the demonstrates the value of leverage. In 2008, a contract negotiation was turned in favor of management because the airline giant threatened to move its factory to a right-to-work state where unions are far weaker. The workers responded by filing a complaint: Because Boeing announced its move was in response to strikes, this was retribution, an unfair labor practice. This meant that the case had to go to trial and leverage swung back to the workers. Boeing then offered a contract that extended through the trial. The workers later found out this was only a ploy to get through the trial to when they would no longer have leverage and would be forced to sign a much worse contract.

Another recent example of how leverage works in collective bargaining can be found in what’s currently going on at the port in Long Beach, California. Truck drivers there have little leverage. They are classified as independent contractors despite working solely for one employer. This saddles them with ridiculous expenses, such as being forced to pay huge fees to lease their trucks—and there are many truckers who work the ports. The result of many drivers competing for reduced wages is that the workers feel replaceable, powerless, and exploited.

The unionized workers at the docks, however, have leverage. They control what gets put on trucks. If they don’t unload boats, work shuts down. When the truckers strike, the dock workers stand in solidarity, refusing to unload trucks from firms whose workers are on strike. This creates pressure and leverage for the drivers.

The lesson here? Leverage is complicated and it matters when it comes to achieving a big-picture solution.

In America, there is an idea that striking or protesting shouldn’t be done when it is inconvenient. The reality is that the point of protests and strikes is to inconvenience people so that they can bring attention to their cause and reach a swift resolution in their favor. That’s how you create leverage. This principle is much better understood in European countries. It is why Amazon workers in Italy and Germany were able to confidently launch a strike over the Thanksgiving holiday. It is why in France, Uber drivers set up a picket line in front of De Gaulle Airport right before Christmas last year, just as holiday traffic was at its peak. It’s hard to imagine workers in these fields striking at all in America, let alone during the holidays.

But we could change that.

To build a culture that respects workers, it takes small actions and minor shifts in attitude to gain large consequences. We need to assume that striking workers are operating in good faith when they announce a holiday picket line. We need to say, “Management at UPS is making life difficult for their workers” instead of “UPS workers are threatening to ruin my holiday.” It could be a crucial step toward improving conditions for all of our nation’s workers.