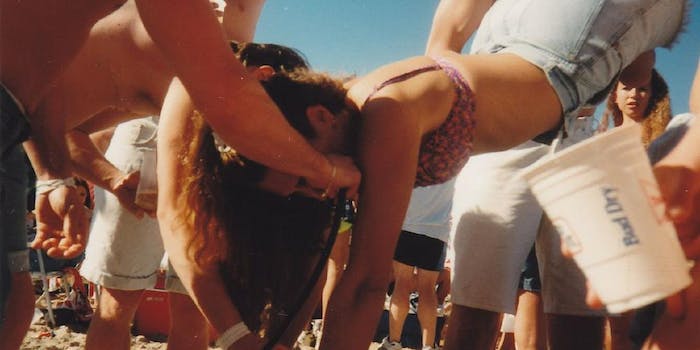 Kevin Douglass is a second-year philosophy student at the University of Texas at Austin. In most respects, he’s a pretty normal guy (or at least, that’s what he tells me on the phone). He goes to class, studies for finals, and checks his phone between lectures. Only unlike most other UT students, when Douglass checks his phone, he’s tapping through dozens and dozens of unopened Snapchats from total strangers, looking for pictures and videos he can add to UTUnrated — an NSFW Snapchat story featuring boobs, butts, and pretty much everything that you can smoke or snort under the sun. 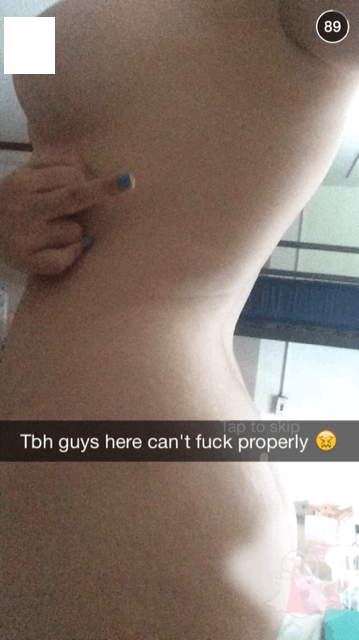 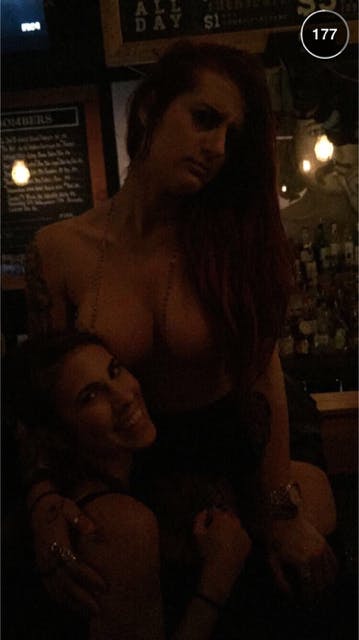 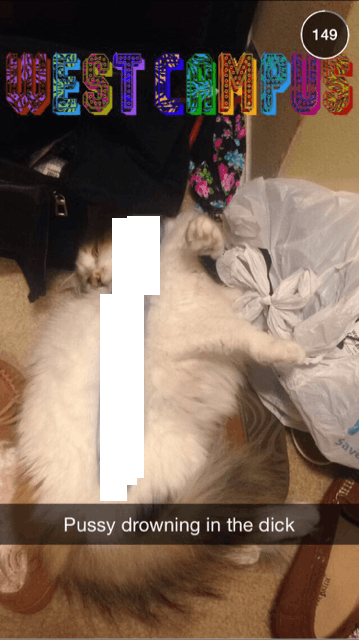 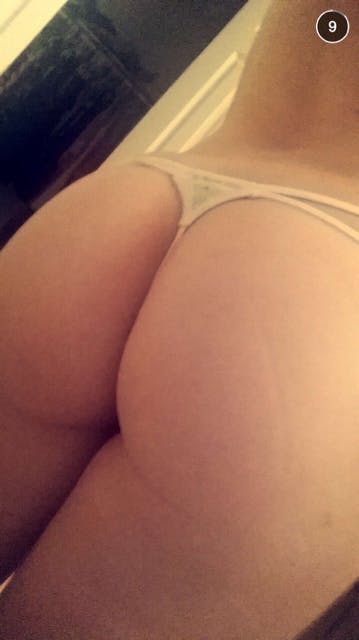 the UT Unrated snapstory has a baby cat on it fyi pic.twitter.com/Daj3XMx7cY

The Snapchat account is full of submissions from Douglass’s classmates—or at least, he’s pretty sure they’re all his classmates, as Snapchat offers no way of knowing where a user is coming from, or who they are. For that reason, it’s sometimes hard to tell the difference between 10 seconds of sex being consensually shared, and 10 seconds of sex filmed and sent to upwards of 8,000 viewers without the knowledge of a partner.

Douglass, however, doesn’t seem too concerned that he might be posting nude photos without the subject’s content. The way he tells it, he’s just a normal guy who has “pretty good sensibility, combined with a pretty strong sense of ethical obligation.” He thinks UT students should trust him with their most sensitive content, and a rate of 150 to 700 submissions a day, a lot of them do.

Douglass isn’t the first person to create a Snapchat account that exclusively shares “unrated” stories of college students doing lines of cocaine, posing topless in their dorm rooms and having sex. But he is one of the first admins of such an account to go public and identify himself. Similar accounts have popped up recently at Arizona State, Iowa State and University of California, Los Angeles.

Before UTUnrated, another account called UTUnfiltered had a brief stint on Douglass’ campus. But it went away after a few week. In its absence, Douglass felt he could create something like it, only better.

Douglass also wanted to create something that he felt gave a more accurate representation of student life at UT Austin than the school’s official, very-PG Snapchat story.

“The account started as satire — such an extreme, ridiculous thing compared to the very plain campus story,” Douglass says. “I didn’t see that at all as a reflection of the attitudes of so many people here, or of the actual lives of people here, so I decided to take it in the most extreme opposite direction that I could.”

Curious as to who has been running the UT Unrated snapchat account? This dude says it's him. pic.twitter.com/cGrrJG0lG6

Some have better odds than others at getting a precious slot on UTUnrated. “I don’t think I’ve ever not posted — unless it was unintentional, of course — a girl who’s submitted a picture,” Douglass says. “On the other hand, there are plenty of penises I get that go unposted.” It’s not a bias thing—although Douglass admits, as a heterosexual dude, he has his own preferences as to what he’d like to see on the account. He just knows his audience skews male, and posting too many images of naked men results in occasional backlash from his followers on Twitter and YikYak.

Douglass hand-selects his submissions, wading through the barrage of penis shots to select compelling (re: boob-friendly) content. He curates his stories using a third-party app called Snap-Hack that allows him to download, save and upload Snaps from other users to his story. Using third-party apps that save shared content is against Snapchat’s terms of use, and as a result, UTUnrated has been shut down three times.

The fourth and current iteration of the account is UTUnrated5. UTUnrated3, the previous account, was shut down when his follower count jumped from about 10,000 — which he said is the natural peak — to 40,000 in about 10 hours, after a post went up on Total Frat Move.

UTUnrated5 had about 7,900 followers when I talked to Douglass Saturday night. That’s much fewer than 40,000, but he says with that many users, he started getting submissions from people who clearly weren’t UT students.

“I like to keep it at least at a more local scale because that’s kind of the appeal of it,” Douglass says. “It’s supposed to be people around you.”

“Especially with all of the nude pictures or whatever, there’s not a clearly defining feature in their snaps that might indicate that they go to Texas or are even from around here,” Douglass says. “For the most part I’m pretty certain that the majority of them are, but a lot of times I get people that are clearly posting from somewhere that is not anywhere around here. I try my best to kind of keep track of it, but it’s not that desirable of a way.”

Not knowing who the snaps are coming from also means he has no way of knowing what’s consensual, and whether or not everyone in the picture or video is over 18. Indeed, as you click through dozens of 6-second clips of hardcore penetration shot from what’s clearly a male POV, it’s possible—even likely—that not all of the snaps were shot with the subjects’ enthusiastic consent. 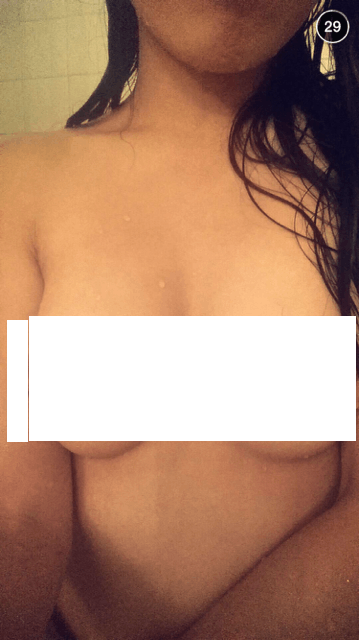 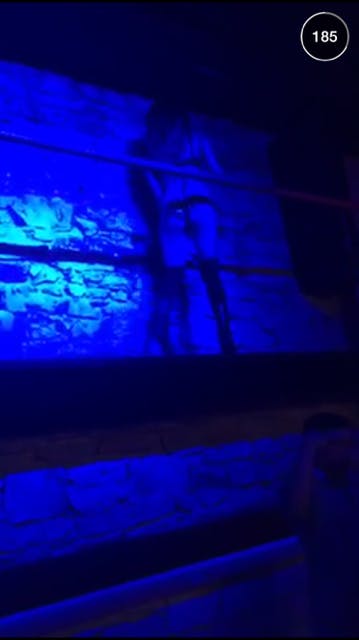 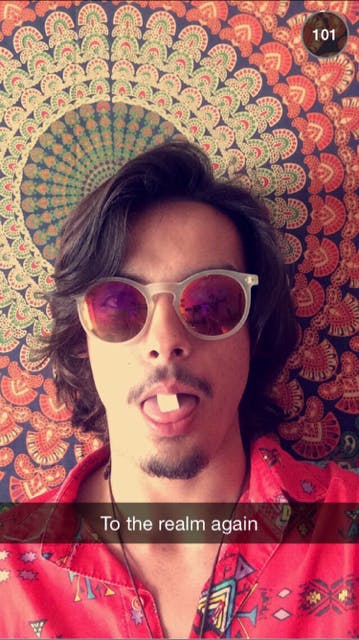 To warn users against sending in posts that could get them (not to mention Douglass) in trouble, UTUnrated comes with three guidelines:

Douglass says he isn’t in the business of ruining anybody’s life, if he can help it. He’s more interested in delivering funny videos and quick, fleeting sex. “The personal goal for me is just to have fun with it,” he says. Some students who’ve made the story have even bragged about it on Twitter and YikYak.

Just made it on UTunrated.. Life goals.

But Douglass also says he’s been asked by sober, regretful students to remove their snap from the story. Once, a guy contacted Douglass to ask that a snap featuring his girlfriend be removed after she got mad at him for sending it in.

“I put the blame on him,” Douglass said. “I’m not sure what, in terms of legal culpability, that would put me in if a situation like that occurs. But I think he knows as well that it’s his responsibility as a person with such sensitive things to act and share responsibly.”

To stay ahead of the next, inevitable ban, Douglass has already registered UTUnrated6, 7, 8 and 9. “After that we’ll probably switch it to another name entirely,” he says. Every once in a while he sends the new account name as a friendly reminder to his growing follower base to add it, “before Snapchat bans us again.”

But beyond registering future account names, Douglass doesn’t have any solid plans for UTUnrated after finals are over. Next semester, he’s studying abroad, and he says he’s considering either going inactive or leaving the account in the hands of someone he deems qualified enough to handle having access to more nudes than anyone on campus.

“I would have to really trust the person, because I could just as easily sell it off to the highest bidder,” Douglass says. He recognizes that this position has “a lot of potential” to be abused, so he hopes to find someone who takes the job seriously.

But even if he were to walk away from the account tomorrow and let this most recent Snapchat story expire, Douglass says he thinks a new account would take its place. He’s probably right. Even though he only has up to UTUnrated9 registered, UTUnrated10 through 15 all appear to be taken, and whoever’s behind 15 is already asking people for submissions.

“If I delete UTUnrated, the concept is still there — that’s the trend of the college snapchat account,” Douglass says. “People know about it, people have opened up to the idea. It’s not going to go away.”