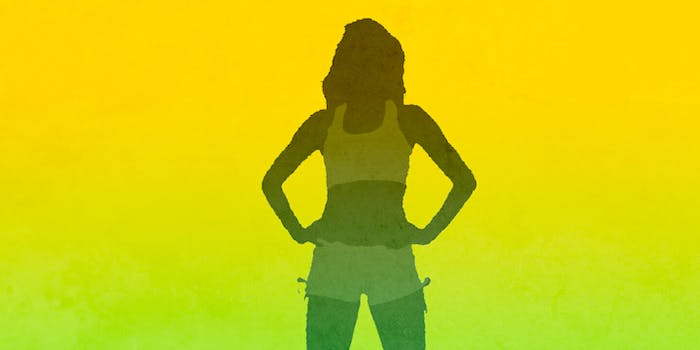 If the Trump administration can't find her a sponsor, this teen's abortion may be further delayed.

The journey of Jane Doe, the undocumented 17-year-old in federal custody whose pregnancy has garnered national attention over abortion and immigration, is far from over.

On Friday, a federal appeals court granted the Justice Department its appeal over a lower court’s order for the federal government to allow the teen to have an abortion. The order would have required Doe’s custody center in Texas to transport her to a scheduled appointment for the procedure on Friday or Saturday. Despite the granted appeal, though, Doe was allowed to attend her state-mandated pre-abortion counseling.

According to the Austin-American Statesman, the U.S. Circuit Court of Appeals for the District of Columbia has given the Trump administration until Oct. 31 to find a relative or “qualified adult” for Doe to be her sponsor in the U.S., which would remove her from federal custody to obtain the abortion.

The decision has canceled the teen’s appointment for her abortion, and it will delay the procedure for at least 11 days. If the administration can’t find Doe a sponsor by the deadline, the lower court could reissue the order, which would also allow the Justice Department to appeal the decision once again.

The delay will affect the teen’s ability to get an abortion in Texas—while she’s currently in her 15th week of pregnancy, most abortions in the state are banned at 20 weeks. Neither lawyers for the Justice Department nor Doe’s lawyer from the American Civil Liberties Union were able to answer if a sponsor could be found before the deadline. The Justice Department said it has identified two of Doe’s relatives, but one has already declined the sponsorship while the other, a single man, reportedly raised concerns over Doe’s safety.

The Justice Department argued it isn’t blocking Doe’s right to an abortion, which the previous lower court deemed unaffected by her immigration status, because they had previously given Doe two options—to leave the country, or be placed in the custody of a sponsor. However, Doe’s lawyer said the Trump administration is enforcing illegal “veto power.”

“They are supplanting their decision about what JD should do with her pregnancy, and that is not acting in her best interest,” Brigitte Amiri, an ACLU lawyer, said.

Update 3pm CT, Oct. 24: On Tuesday, the full U.S. Court of Appeals for the District of Columbia Circuit ruled that Doe should be scheduled a new appointment for her abortion, overruling Friday’s temporary block. According to the Associated Press, an attorney appointed for the teen has gone so far to accommodate the government’s request for it to not facilitate the abortion, that she said she would drive Doe to and from her appointments herself. The decision could still be appealed to the Supreme Court.