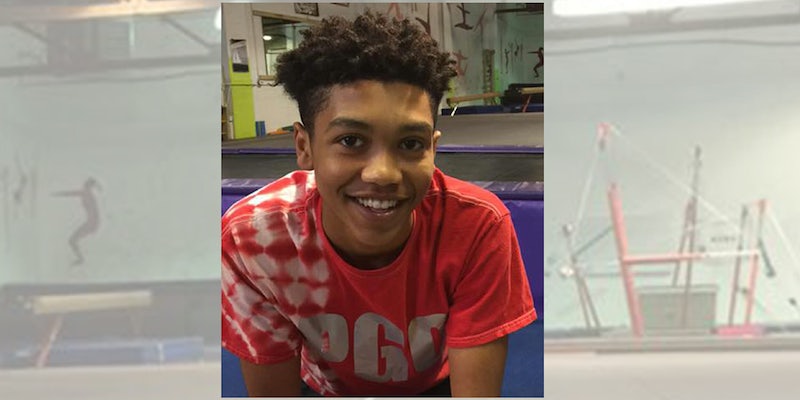 Video shows the officer shooting at the teen three times in the back.

During a traffic stop in East Pittsburgh on Tuesday, an unarmed Black 17-year-old was shot three times in the back.

Antwon Rose was a passenger in a car that was stopped by police for matching the description of one used in a non-fatal shooting 15 minutes earlier. The officers told the driver to exit the vehicle and get on the ground, which is when Rose and a second passenger began to flee on foot.

From there, the stop quickly turned deadly. According to video recorded by a neighbor and posted to Facebook, an officer shoots three times and both the passengers appear to fall. Debra Jones, 53, identified herself to the Associated Press as the woman who yells in the video, shouting, “Why are they shooting? All they did was run and they’re shooting at them.”

Jones gave her account of what followed to the AP, saying, “I looked out my kitchen window and they were putting him in handcuffs. He wasn’t moving. I think that boy died right there on the side of my house.”

Protests have begun in the wake of the shooting, with one taking place outside the East Pittsburgh Police station Wednesday night, and another planned for Thursday outside of the Allegheny County Courthouse. People are also speaking out about the killing on social media.

He was unarmed.
He was running away.
He was not a threat.
He was shot in the back.#AntwonRose should be alive.https://t.co/f6CDHAE1Bb

Unarmed 17-yr-old black teenager Antwon Rose Jr. was shot 3 times in the back and killed by police in Pittsburgh on Tuesday — but heaven forbid, NFL players take a knee during the national anthem, or risk a fine and being called a 'son-of-a-bitch' by Trump https://t.co/GKoup8or73

According to KDKA-TV, the officer, who has been placed on paid leave, had only been working since mid-May and was sworn in 90 minutes before shooting and killing Rose. The 17-year-old was an active member of his community. He had volunteered at the Free Store 15104 every summer since 2015, and also was a youth volunteer for the mayor of Duquesne. Speaking to the Pittsburgh Post-Gazette, the founder of the Free Store 15104, Gisele Fetterman, said of Rose, “All the kids loved him. Just a fine person. Bubbly. Funny. Goofy. Just really special.”