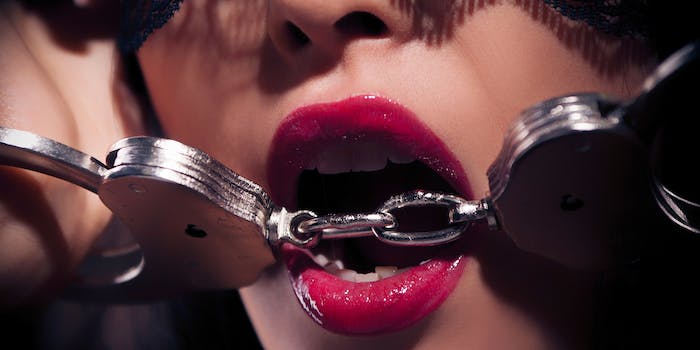 The BBFC classifies R18 films as “to be shown only in specially licensed cinemas, or supplied only in licensed sex shops, and to adults only,” but includes much that is not allowed even at the highest restrictions. The BBFC bans “the portrayal of sexual activity which involves real or apparent lack of consent,” “the infliction of pain or acts which may cause lasting physical harm,” and “sexual threats, humiliation or abuse which do not form part of a clearly consenting role-playing game.”

It also bans “material judged to be obscene under the current interpretation of the Obscene Publications Act 1959,” which defines “obscene” as any content that would “tend to deprave and corrupt persons who are likely, having regard to all relevant circumstances, to read, see, or hear the matter contained or embodied in it.”

Last year, the EU was drafting rules to block then-PM David Cameron’s proposal to block internet porn, and so far the bill is only in the report stage in the House of Commons. At a recent hearing, David Austin, the chief executive of the BBFC, said, “I would argue that Twitter is an ancillary service provider, as are search engines and ISPs. One of the things that we plan to do in the next weeks and months would be to engage with everyone that we think is an ancillary service provider, and see what we can achieve together, to try and achieve the maximum protection we can through the notification regime that we are taking on as part 3 of the bill.”