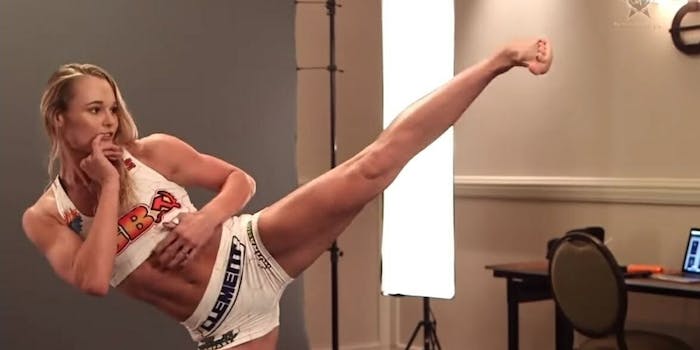 Do they not know tattoos are forever?

UFC fighter Andrea Lee is under fire after a controversial tattoo was spotted in a photo of her and her husband Donny Aaron on Twitter over the weekend. Lee, also known as “KGB,” posted photos of the two on a family lake trip, and Twitter was quick to point out Aaron was sporting a swastika tattoo on his upper forearm.

Lee fought back at the accusations of the two being racist, calling those tweeting at her “sensitive ass mofos” and saying she isn’t racist because the married couple has “an Asian and a black guy” living with them. As if that matters.

The UFC fighter deleted her original tweet of the two—and the swastika—and reposted it with Aaron’s tattoo cropped out of the picture. However, MMA journalist Jonathan Snowden and others preserved the original tweets before it was too late.

Lee’s Twitter has quieted down since the accusations, and the UFC has yet to make a comment on the matter.