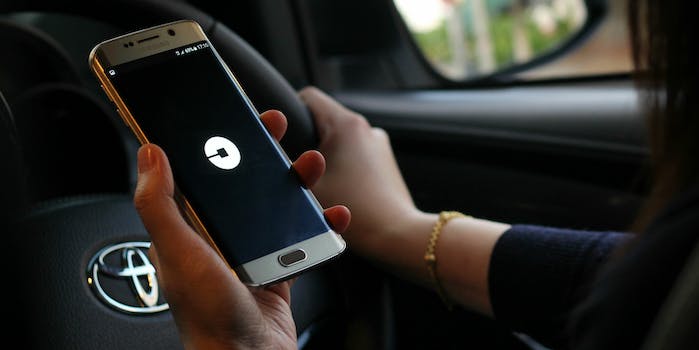 Uber, however, found no 'evidence [of] outright discrimination.'

In the study, researchers looked at the earnings of more than 1.8 million drivers, 27 percent of which were women, across more than two years. Uber says the study found no “evidence that outright discrimination, either by the app or by riders, is driving the gender earnings gap,” and instead suggested that the gender wage gap resulted from multiple gendered factors.

For example, researchers found that men were more likely to drive in locations with a higher payoff, more likely to drive faster, more likely to accept driving requests of shorter distances, as well as longer trips. Women drivers also experienced higher turnover, while more experienced Uber drivers tend to be paid more. Despite the 7 percent gap, however, Jonathan Hall, an Uber public policy director, said it would be discriminatory to increase the baseline pay of female drivers to close that gap.

Uber chief economist John List, an economics professor at the University of Chicago and a lead study author, said that this gap resulted not just from driving preferences, but also from “constraints,” such as childcare.

“Men work more hours and take more trips than the average woman. So, why is that? Part of it is because women have more constraints—i.e, take the kid to school in the morning. Be responsible for taking Johnny to the soccer game. And I think those constraints then lead women to actually receive less experience and less learning-by-doing,” List told Freakonomics, making stereotypical assumptions about female drivers’ personal lives. “So I think it’s actually a mixture of preferences and constraints. Now as policy makers, what we want to do is make sure that we can alleviate those constraints as much as possible.”