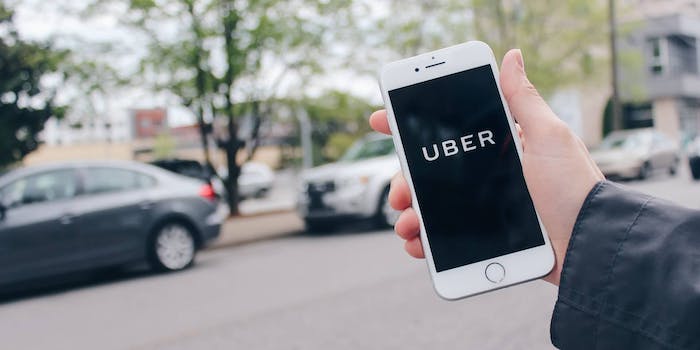 Uber drivers affected by coronavirus could get suspended from app

Drivers, who are considered independent contractors, do not receive health insurance.

Uber is considering suspending accounts of users—including drivers and riders—who have been diagnosed with or exposed to coronavirus, CNN reports.

“We may temporarily suspend the accounts of riders or drivers confirmed to have contracted or been exposed to COVID-19,” the company said in a statement, according to CNN.

In a statement to the Daily Dot, Uber said the company will follow the guidance of public health authorities in each of its global markets.

In early February, before panic about the fast-spreading disease set in in the U.S., Uber suspended 240 accounts in Mexico after a person with the virus traveled from Los Angeles to Mexico City, according to Bloomberg.

The accounts suspended were of people who came into contact with two people who had interacted with the person who carried it from Los Angeles. The first case diagnosed in Los Angeles county was on Jan. 26. There are currently 20 cases confirmed in Los Angeles alone, according to ABC7, and more than 700 cases across the U.S., while Mexico has only six cases.

Last week, Uber told employees via email it would compensate drivers who have been impacted by the coronavirus, including drivers missing work for being diagnosed or quarantined, for up to 14 days.

The email said the measure is being taken in Mexico and the U.K., according to the Wall Street Journal reports.

“We are working to implement mechanisms to do this worldwide,” the email said, per the Wall Street Journal.

It’s not clear how Uber is verifying or measuring who has been diagnosed or exposed to someone with coronavirus.

Uber Eats customers now have the option to have their drivers leave the delivery in the lobby or at the door. Uber does not provide health insurance for its drivers, who are considered independent contractors.