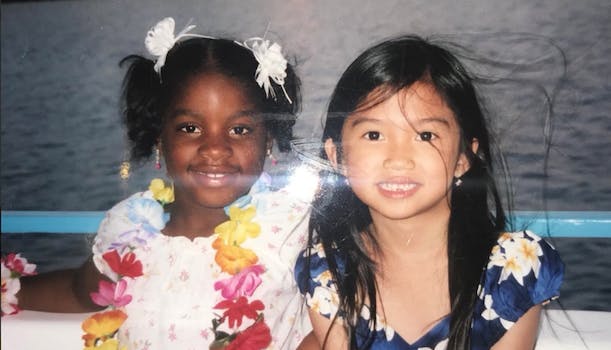 The two girls met during a dinner cruise in 2006.

A friendship made on a cruise ship 12 years ago, broken after the pair didn’t exchange information. Until now.

In 2006 Brianna Cry, now a student at Hampton University, was on a dinner cruise in Hawaii when she met another young girl. The two hit it off since there weren’t many kids on the ship.

On Saturday Cry, 19, decided to reach out and find her long lost friend, so she turned to the only logical place: Twitter.

She shared a photo of the pair along with a plea for help.

“Hey twitter, I met this girl on a dinner cruise in Hawaii in 2006. We were basically bestfriends for that night so I need y’all to help me find my bestfriend cause I miss her and I need to see how she’s doing now,” she wrote.

Hey twitter, I met this girl on a dinner cruise in Hawaii in 2006. We were basically bestfriends for that night so I need y’all to help me find my bestfriend cause I miss her and I need to see how she’s doing now. Please retweet this so we can be reunited. pic.twitter.com/LRtk6ClvV3

After less than 24 hours and about 91,000 retweets, Twitter user @heii_tree reached out.

Heard you were looking for me~ pic.twitter.com/Dz4z1wapRv

They both were in total shock that the search party worked. @heii_tree said she hadn’t been on Twitter in ages.

YALL I FOUND HER WTF!! TWITTER IS LITERALLY AMAZING

@heii_tree said she was busy doing schoolwork, but wanted to keep up with the Twitter insanity.

Now they want to meet up. But @heii_tree says she’s not in the financial spot to take any big trips right now.

Cry told BuzzFeed that although they’re in school on opposite sides of the country, the two do hope to get together.

When that finally happens, they have major plans. Like @heii_tree plans on wearing the same dress from the dinner cruise.

There is a GoFundMe making the rounds that claims to be collecting funds to get the two together, but both women say they have nothing to do with it and it’s a scam.

To my knowledge, neither @briannacry or I have set up/been contacted about a gofundme. Please be careful about links everyone, and keep your muns close to your huns uwu pic.twitter.com/bRXItgPJDU

We can’t wait to see what happens when they actually meet up after all these years! We’re waiting—and definitely hoping for a photo reenactment.