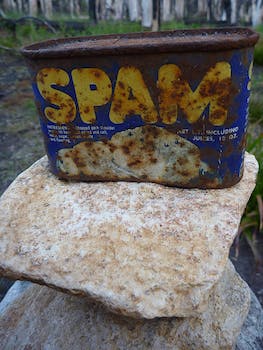 Adding "another weapon" to its arsenal, Twitter hopes to combat spammers and aggressive tool providers in the courtroom.

For Twitter users hardly a day goes by without some spam bot trying to get them to visit some weird site or connect you with a random stranger. In fact, a search for “spam” in Twitter brings up hundreds of tweets from people complaining about spammers and their inability to fight them.

Twitter, Inc. has had enough. On Thursday the company filed “suit in federal court in San Francisco against five of the most aggressive tool providers and spammers,” the company wrote on its blog.

Twitter hopes that by shutting down these tools it will prevent new people from spamming its 140 million active users.

Spam is a problem Twitter has combated for years. Last summer the site introduced its own link-shortening feature to “protect users from malicious sites that engage in spreading malware, phishing attacks, and other harmful activity,” Twitter claimed on its support page. Every time a link is converted on Twitter, it is checked against a list of dangerous sites.

Almost since the beginning of the service, Twitter has encouraged users to report spammers on their own using the drop-down actions menu featured on each Twitter profile page.

Time will tell if the hand of the law will prove successful. But according to dozens of tweets including the word “finally,” users hope the lawsuit will help. And for Twitter, it’s only the beginning.

“We are committed to fighting spam on all fronts, by continuing to grow our anti-spam team and using every tool at our disposal to shut down spammers,” the company wrote. “Today marks an important step forward.”