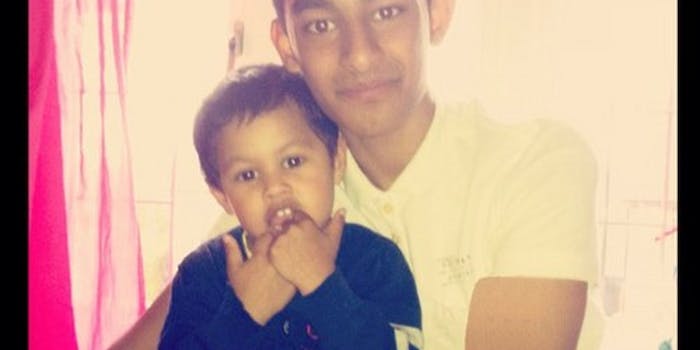 The 19-year-old Twitter user may face criminal charges for failing to aid the injured man.

Ikram Choudhury thought little of snapping a photo of a man he thought was drunk and sharing it on Twitter. However, the man was actually a dying hit-and-run victim, and Choudhury may be charged for failing to help him.

Choudhury, 19, snapped the photo in a bus lane in Edinburgh, Scotland early Sunday morning. He tweeted it along with the message: “Eeeehm wtf? Some guy just casually lying outside Ocean Terminal.”

The tweet, along with Choudhury’s account, has since been deleted, though it was visible for around eight hours before police told him to remove it, according to the Daily Record. Social media search engine Topsy also indexed the tweet before it was deleted.

Choudhury claimed the man was drunk, and when asked by followers why he didn’t try to help, he tweeted: “what if like i went over n he like tried doin some dodgy shit to me?”

At least two other community members shared the photo with the local police force. Others, such as Keanne Brown, called Choudhury “sick” for not checking on the man.

Police arrived at the scene around 14 minutes after Choudhury sent his tweet and reportedly administered first aid while waiting for paramedics to arrive. The man was taken to hospital, where he died of head and internal injuries.

Officers spoke with Choudhury at his parents’ home Sunday. Though he’s not a suspect in the hit-and-run, he may face charges for failing to stop and help the man.