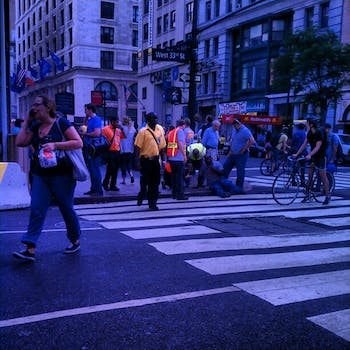 Reactions ranged from the concerned to the callous.

At least eight people were shot and two killed close to the Empire State Building in New York City Friday morning at around 9am ET. Immediately after the event, eyewitness accounts and photos flooded social media.

The Associated Press quoted police as saying that the gunman was shot and killed. The shooting took place at 34th Street and Fifth Avenue. The New York Post reports that the gunman was a “disgruntled worker” who killed a colleague before turning on random bystanders.

A redditor who works by the scene spoke of his experience at seeing a dead body due to violence for the first time.

Below is a Storify of tweets and photos posted by people close to the scene. (Warning: contains graphic images.)