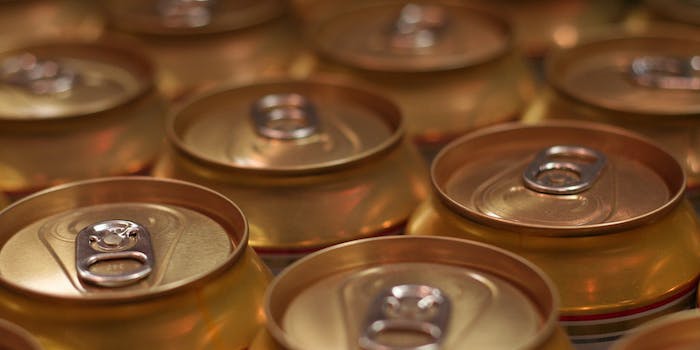 No matter how many times huge beer companies spend a fortune on Super Bowl commercials, beer preferences in the U.S. haven’t coalesced into a national devotion to only Bud Light or Miller Light. People from different areas of the country prefer different types of beer—and these regional preferences become obvious on Twitter.

University of Kentucky geographers Matthew Zook and Ate Poorthuis analyzed 1 million geotagged tweets mentioning beer taken from June 2012 to May 2013 to map out regional beer preferences. People on the east coast are Bud Light fans, while the midwest is home to Miller Lite devotees, and Coors Light has a major following in Colorado and other western states. Corona and Dos Equis have fans mainly in the southern states, perhaps because the light brews go well with hotter weather. Zook and Poorthuis concentrated on popular, well-established brands, which may explain why it appears great swathes of the U.S. like terrible beer. Less awful beer choices like Sam Adams and Yuengling cropped up, which would be heartening, except apparently there’s a pocket of the U.S. that prefers Busch Light above all else.

“The Twitter maps quite accurately reflect various regions’ history and cultural practices surrounding beer production and consumption, and show just how much reality and cyberspace overlap,” Zook noted in a statement. The researchers published the results in a chapter of the book The Geography of Beer.

The research also looked at which parts of the U.S. are most likely to tweet about beer or wine. The wine-producing regions of the west coast were most likely to tweet about vino, but people were also quipping about Merlot on the east coast; the midwest was more likely to stick to beer tweets (I’d insert a joke about midwestern provincialism here but I’m from Chicago and dammit, we aren’t all macrobrew swilling farmers!)