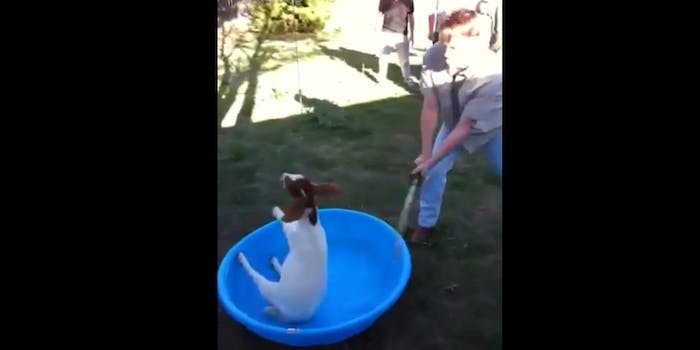 Men are seen celebrating, taking pictures of the slaughter.

A disturbing, viral, and reportedly recent clip shows an alleged student of Tulane University slaughtering a goat. He uses what appears to be a samurai sword. 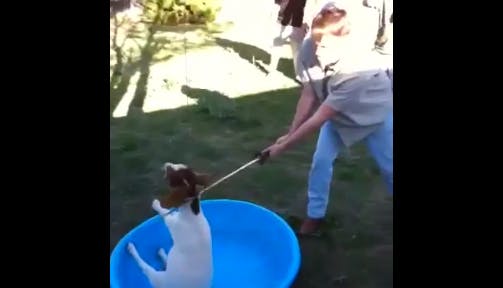 The New Orleans Advocate reports that the Louisiana Society for the Prevention of Cruelty to Animals initially flagged the video after receiving the cellphone clip. In it, at least five college-aged men celebrate and cheer on the act.

The video itself is still hosted online, and can be watched following this link.

An important legal question remains: Did these men proceed to cook the goat post-slaughter? It’s legal to do so. It’s likewise unclear if the goat was abused prior to the slaughter.

The New Orleans Police Department has yet to open a formal investigation. The SPCA asks anyone with information about the video to reach out to (504) 368-5191 ext. 100 or [email protected]