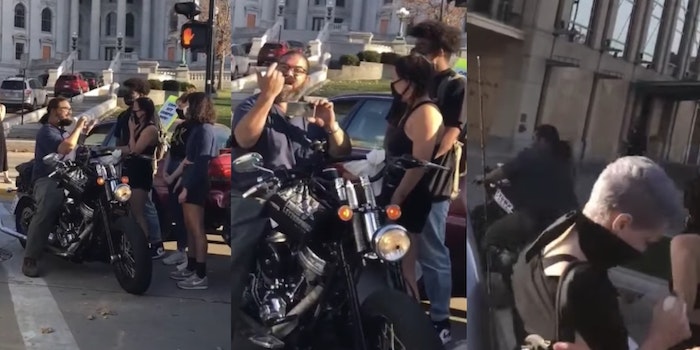 At least three people were hit, according to witnesses.

Update 11:07 CT, Nov. 13: This story has been updated with quotes from protester Andi Janeway.