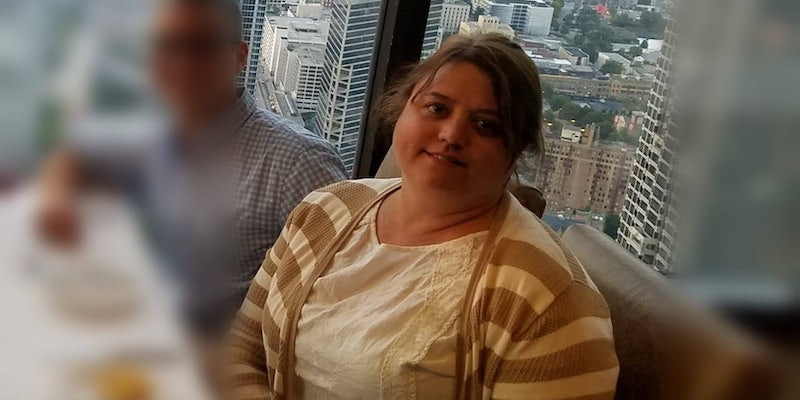 The nomination is concerning for the adult content industry.

President Donald Trump is packing the federal courts once again, and his latest nomination’s anti-porn connections are alarming the adult industry.

On Wednesday, the White House nominated Judge Danielle J. Hunsaker to serve on the U.S. Court of Appeals’ 9th Circuit, which includes California, Nevada, Oregon, and Washington. A report from XBIZ reveals Hunsaker has ties to a Mormon law society that regularly criticizes pornography on religious grounds.

For a time, Hunsaker served as a board member for the Mormon J. Reuben Clark Law Society’s chapter in Portland, Oregon, according to the Oregonian. The law society’s Oregon chapter states that its members “affirm strength brought to the law by a lawyer’s personal religious conviction.” The J. Reuben Clark Law Society also has a history of reinforcing the Mormon church’s anti-porn values.

The Clark Memorandum, a magazine edited by the J. Reuben Clark Law Society in conjunction with the Church’s Brigham Young University Law School, has published several articles criticizing pornography and equating it with sin. One issue published in spring 2007 praises BYU Professor Cheryl Preston’s attempt to “create a federal regulatory scheme” that would have let internet users restrict pornography access in their homes, thereby fighting “the political and legal power of pornographers and the ACLU” through Congress. “If we don’t do something now to protect America’s children from the bombardment of internet pornography, we will lose an entire generation of precious children to the sordid world of smut,” Preston said in 2007. “I can’t let that happen.”

It’s unclear whether Hunsaker agrees with the society’s views on adult content and the sex industry. However, while Hunsaker was serving on the board in 2015, the Oregon chapter hosted a Catholic bishop, Rev. Liam Cary, who spoke against “the current threats to religious freedom and freedom of conscience in the United States.” Hunsaker’s leadership role implies endorsement on some level with the bishop’s beliefs. Whether these will drive her judicial rulings is unclear. But for sex workers and adult content creators working on the west coast, her anti-porn connections are frightening.

Update 11:16am CT, Aug. 31: When reached for comment, director of communications for Decriminalize Sex Work Kaytlin Bailey declined to comment on Hunsaker’s nomination but stressed the White House’s judicial nominees set a dangerous precedent for sex workers and other marginalized Americans.

“Sex workers are the canary in the coal mine for civil liberties and the direction the Trump administration is taking the judiciary doesn’t bode well for sex works or any minority,” she told the Daily Dot. “Minority rights are at risk across the board.”

The Daily Dot reached out to the ACLU’s Nevada chapter and Hunsaker for comment.