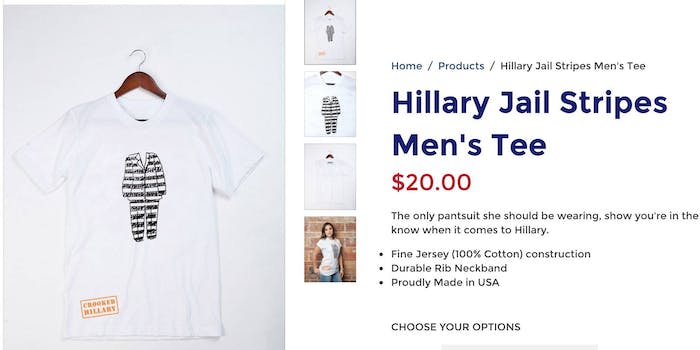 For a second when I got onto Donald Trump’s website, it looked like he’d stepped away from his presidential run to break into the lazy T-shirt Halloween costume industry. But, no, he is just selling a shirt about “Crooked Hillary.” 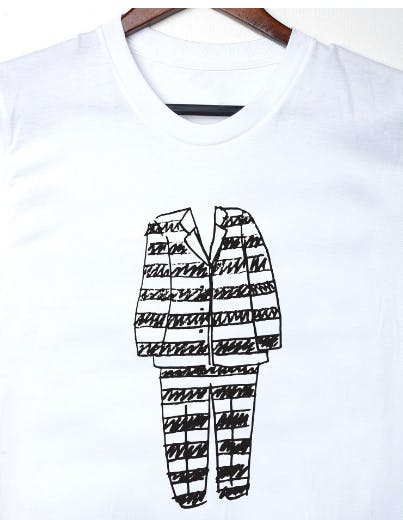 The shirt features an illustration of a striped uniform, which weirdly suggests the wearer is the one in prison, not Hillary Clinton. But the sales pitch in the description reads: “The only pantsuit she should be wearing, show you’re in the know when it comes to Hillary.”

It’s far from the only anti-Hillary product on Trump’s site. There are pins, bumper stickers, yard signs, and other T-shirts, many of which seem overly focused on Hillary’s pantsuits.

The nice thing is Trump’s shirt is listed as a “men’s tee,” yet is modeled by a woman, proving that Trump understands gender presentation is not the same as gender identity. There’s no word, however, on whether Trump would grab the model.