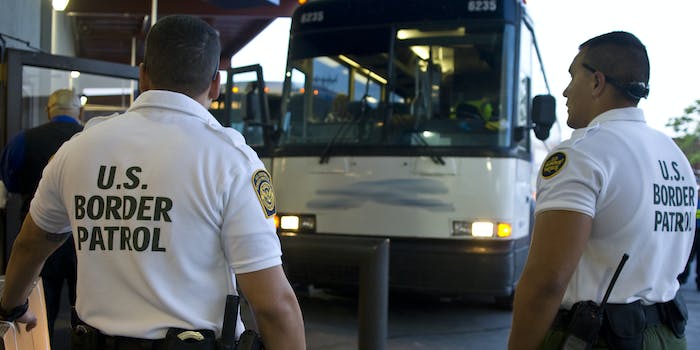 A new directive from the White House greatly expands the mission of customs enforcement agents.

Following orders from the Trump White House, the Department of Homeland Security is implementing sweeping changes to the way it captures and deports undocumented immigrants living in the United States.

Federal law enforcement agencies—including Immigration and Customs Enforcement (ICE) and Customs and Border Protection (CBP)—have been instructed to immediately detain and deport all migrants caught entering the country, while also calling for the expedited removal of people who have been in the U.S. for up to two years, anywhere in the country.

The new set of policies marks a significant shift in authority granted to border patrol and customs enforcement agencies, which under former President Barack Obama only expedited cases near the border and for individuals who had only recently arrived in the country. The agencies have also been directed to prioritize immigrants who have committed any criminal offense, even minor infractions, whereas under the previous administration only serious and violent crimes prompted the same level of enforcement.

As there are an estimated 11 million undocumented immigrants living in the U.S., the implementation of President Donald Trump‘s policy will necessitate a significant reallocation of federal resources: The memos call for the hiring of 10,000 more immigration agents nationwide, while the feds also intend to increase reliance on local police departments—a rebirth of the 287(g) program that languished under Obama.

In a conference call with New York Times reporters on Tuesday, Homeland Security officials, whom the Times granted anonymity, said the Trump policy would not affect “Dreamers,” the name for people who arrived in the U.S. illegally before their 16th birthday, and who are protected from immediate expulsion under the Deferred Action for Childhood Arrival (DACA) program.