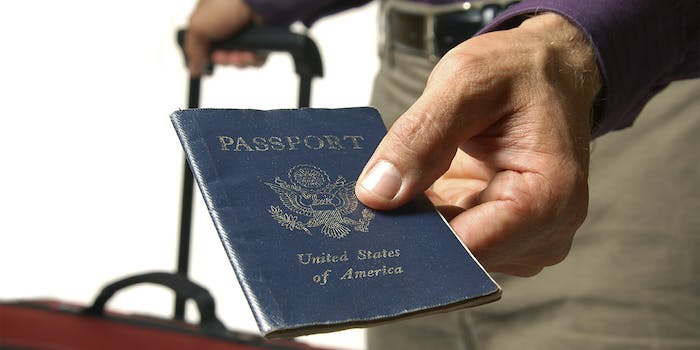 The internet calls out Trump’s latest targeting of Hispanic people for what it is: birtherism

People with official U.S. birth certificates are having their citizenship called into question.

Reports are emerging of American citizens born near the Mexico border having their citizenship investigated and revoked, a move by the Trump administration that’s reminiscent of the president’s birther conspiracies.

According to the Washington Post, the Department of Homeland Security has been pursuing “denaturalization” of citizens who the government says obtained their citizenship through “fraud.” A new front for this effort is reportedly people who were born near the U.S.-Mexico border.

This stems from a case in the 1990s, when 10 midwives in the Rio Grande Valley in Texas were found to be falsifying birth certificates to say some babies born in Mexico were actually born in the U.S. Under both the Bush and Obama administrations, people born to midwives in the Rio Grande Valley were denied passports as a result. However, a 2009 ACLU case changed this practice and people were able to secure passports going forward unless there was specific evidence that their birth certificate was falsified.

Now it seems the Trump administration has returned to prior practice, more widely denying people born near the border. This is framed as a crackdown on fraudulent citizenship by proponents, but according to Slate, people who weren’t even birthed by midwives are now having their citizenship brought into question. Many are drawing comparisons between this and Trump’s evidence-less claims that former president Barack Obama was not born in the U.S.

birther president implements birtherism on an industrial scale at the southern border https://t.co/ANk6WHXIrr

Trump is using his Obama "birther" gambit on a larger scale to nullify the birth rights of Americans with Mexican ancestry if they happen to live near the border. #NotBadHombres

According to the Post, the people having their citizenship revoked are almost exclusively Hispanic. A 40-year-old Texas man was denied a passport this year when the State Department said it did not believe he was a citizen, despite being an army veteran and having a birth certificate. Immigration lawyers say the number of people facing issues with this is growing, and even people with U.S. birth certificates are going through deportation proceedings.