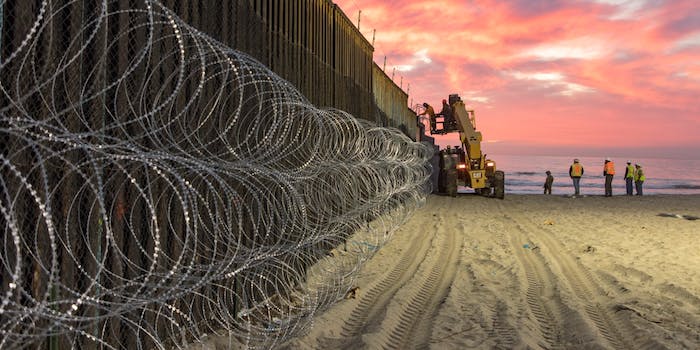 The Trump administration is reportedly about to remove an exemption that protected certain undocumented migrants in government custody from having their DNA obtained by the government.

A Department of Justice proposal, if implemented, will allow the Trump administration to obtain DNA of undocumented migrants in government custody, BuzzFeed News reports.

The draft policy reviewed by BuzzFeed reportedly says the administration wants to give Customs and Border Protection access to this information. This would put hundreds of thousands of people’s DNA in government files, BuzzFeed estimated.

Meanwhile, CPB officials would have to put in an additional 2,000 work hours for the first year of the policy.

The regulation, BuzzFeed noted, doesn’t explicitly ask Immigration and Customs Enforcement (ICE) to collect DNA of those in their custody. But it doesn’t limit the agency from doing so, either.

A Department of Homeland Security official referred to a previous statute—the DNA Fingerprint Act of 2005—that allowed individuals’ DNA to be collected by government agencies irrespective of the individual’s citizenship. In past regulations, CBP and ICE were exempted from collecting DNA. In 2010, regulations further protected people who were not detained on criminal charges and those awaiting deportation proceedings from having their DNA collected.

But the current proposal would remove all exemptions, and Trump administration officials said DNA collection would allow government agencies to do their job better. The DNA information would be put on a nationwide database and allow officials to search for potential criminal activity of individuals.

Former DHS officials told BuzzFeed DNA collection is not the most comprehensive procedure and would likely cause more labor for few results. More notably, a former DHS official said, this change would further the criminalize undocumented migrants.