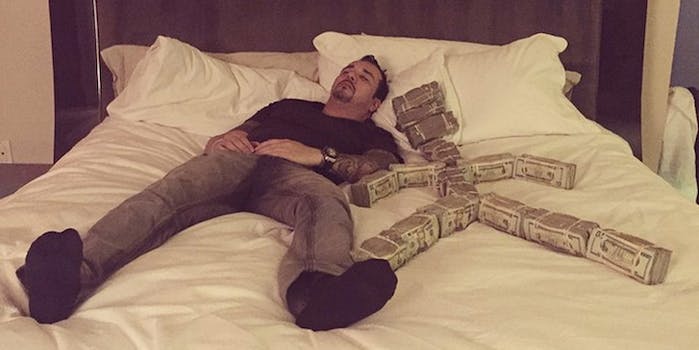 This Iranian billionaire is giving society the middle finger. Literally.

If Al Pacino’s character in Scarface had an Instagram, it would probably look a bit like Tony Toutouni’s. 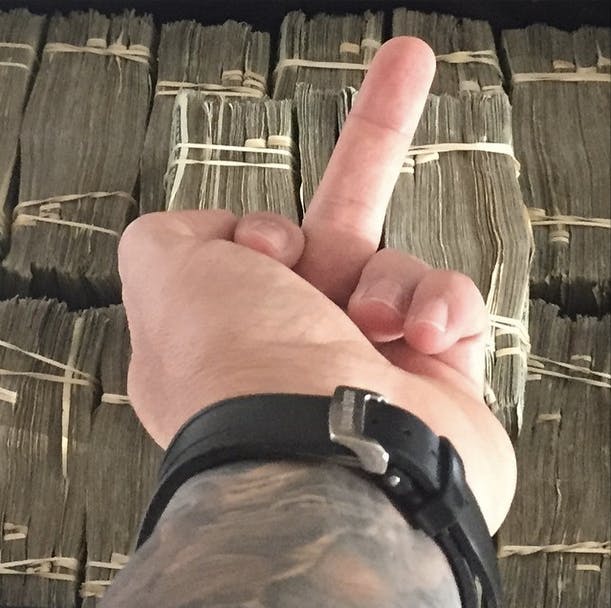 The self-proclaimed billionaire shares glimpses into his flashy lifestyle to his 631,000 followers via his @lunatic_living Instagram account. His interests include fancy sports cars, scantily-clad women, private jets, and giving his middle finger to anything and everything. (Seriously, that’s his trademark.)

At best, Toutouni is a wannabe Dan Blizerian. At worst, he’s a gross misogynist who embodies all of the worst aspects of our wealth and status-obsessed culture. But it’s impossible to look away from his antics.

But a finger is far from the most offensive thing you can find on Toutouni’s page. There are boobs—lots of them—and even a photo of a group of naked women on a couch playing “Twister.”

Looking at Toutouni’s gallery of debauchery, it’s hard to understand why Instagram would ban photos of women’s menstrual blood, but not one of three women’s naked backsides with the deplorable caption “Double tap Ur favorite ass then scratch and sniff without breaking Ur phone #Mondaychallenge.”

Reddit commenters at r/trashy are torn over what to make of Toutouni’s outrageous, Entourage-esque lifestyle. For one, it’s unclear how he made his excessive fortune. “He is just a guy that owns a few restaurants, car dealerships and night clubs, which are presumably just used to launder drug money for people anyway,” one Redditor mused.

But others feel he pulled himself up by his bejeweled bootstraps and is living the American dream.

“Really disliked him at first, probably still do but I relate,” another Redditor wrote, adding that he also once flipped off his boss during an argument. “I threw that middle finger up in the air and marched off, not looking back. He screamed and cussed but I never looked back, it was glorious. I respect that fucking salute.”

Welp. Guess we all need someone to look up to.