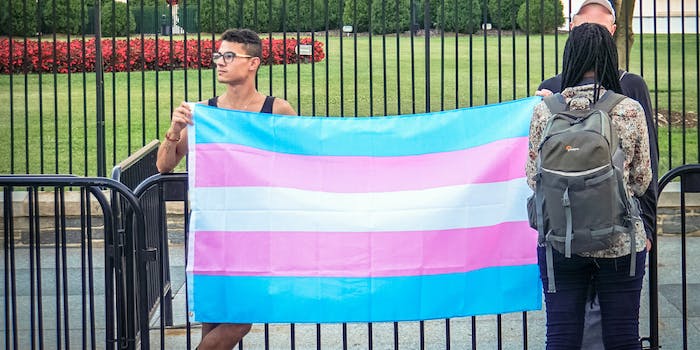 It's a landmark decision.

A federal appeals court ruling on Wednesday is the latest to affirm that the Civil Rights Act of 1964 includes protections for transgender people. It also holds that employers cannot use the Religious Freedom Restoration Act to justify discrimination against LGBTQ employees, Slate reported.

The case was ruled in favor of the Equal Employment Opportunity Commission, which sued on behalf Aimee Stephens, a woman who was fired from her funeral directing job after informing her boss she had gender identity disorder and planned to transition. The employer, Thomas Rost, said he terminated Stephens’ position because he believes gender transitions “violat[es] God’s commands.”

Judge Karen Nelson Moore wrote in an opinion for the 6th U.S. Circuit Court of Appeals that Title VII of the Civil Rights Act outlaws employment discrimination against trans people and that employers cannot violate this even on religious grounds.

“Tolerating Stephens’s understanding of her sex and gender identity is not tantamount to supporting it,” Moore wrote.

Another federal appeals court made a similar ruling just last week affirming that the Civil Rights Act protects LGBTQ people from workplace discrimination based on their sexual orientation.