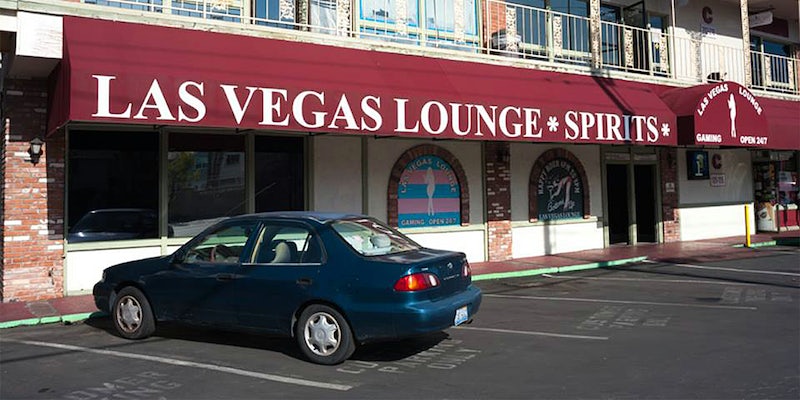 And activists are furious.

A transgender bar in Las Vegas experienced a shooting last Friday, leaving at least two injured from gunfire. But despite ongoing concerns over gun violence in America, the shooting went unreported by news outlets across the country, sparking outrage from trans activists

The Feb. 23 shooting took place at the Las Vegas Lounge, a local transgender bar sporting a trans flag on the outside. Shots broke out around 5:15am, leaving at least two injured, two initial reports from both the Las Vegas Review-Journal and local station KVVU reveal. The shooter is unidentified and still at large.

For now, Captain Kelly McMahill from the Las Vegas Metropolitan Police stressed that there isn’t enough information to say that the incident is a hate crime. But she stressed that she would “never rule that out,” according to a report by the T.R.A.N.S. Network. An investigation appears to be ongoing, and police have “a good lead on who the suspect is.”

One victim, a Black transgender woman named Callie Lou-Bee Haywood, was shot in the leg after the shooter opened fire. Days later, the attack left her with shattered and broken bones in her leg, which cause her “excruciating” pain. She has since criticized both the media and the larger LGBTQ community, calling the incident a hate crime that has remained ignored by the outside world

“How is it that a whole transsexual bar get shot up and there is NO coverage?” Haywood said in a public Facebook post. “This was merely a hate crime! No LGBT Community having our backs? What’s going on?”

Despite the fact that America is still reeling from the Parkland high school shooting from earlier this month, LGBTQ people fear the media is selectively covering shootings, particularly ones that impact the Black transgender community. Only one major website, the queer online magazine INTO, covered the incident in detail. And in light of the magazine’s report, trans allies and activists are turning to Twitter in outrage, demanding the world pay attention to violence against the trans community.

One activist is even trying to get a hashtag going, #WeDemandTransCoverage, stressing that media outlets must make room for stories that impact the trans community. Others are tweeting at major LGBTQ figures, asking them to shed a spotlight on what happened at the Las Vegas Lounge.

https://t.co/xsbxmnDOs4
It’s disgusting that this happened, but more disgusting that no media aside from a focused website bothered to cover it. Even other LGB media didn’t cover this story of VIOLENCE AGAINST TRANS PEOPLE.

Here’s a hashtag for you #WeDemandTransCoverage

@andersoncooper please report on this https://t.co/lNPqRULg4S

Transphobia against the transgender community remains prominent, with Black transgender women particularly impacted by institutional oppression throughout the United States. For LGBTQ activists, the Las Vegas Lounge shooting’s coverage (or lack thereof) is just another example of a larger pattern of bigotry and apathy hurting transgender people every day.