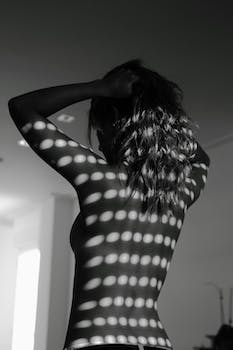 Bleustein told the Daily Dot that the money for the grant stream would come in part from Trans500 profits, and in part from Bleustein himself.

“The Bruce Jenner story got me so emotional. But Bruce Jenner can afford the hormones and the surgery, and this can run into hundreds of thousands of dollars,” said Bleustein, “This is for the little boy who’s been struggling with this through adolescence and teenage years. That’s who I’m ultimately waiting for.”

Bleustein seemed a bit unclear on the details. He wasn’t able to say how much money would be doled out to applicants, or when the application would close, or even what costs the grant would cover, exactly. Right now the grant application only consists of a form on the Trans500 website with three inputs: name, email, and a section called “Tell us your story.”

“On a scale of 1 to 10—10 being I’d slap you in the face—it’s a 12. Seriously, [shemale] is the word that says I will erase you from my life and never speak to you again,” the Reddit response said.

Grooby posted the rejection letter in a frustrated blog response, stating that all the company wanted to do was put donation banners on the site so Grooby clients could donate directly.  Trans Lifeline asked Grooby to take the donation banners off its site, sparking an argument about what it takes to make a charity turn down much-needed free donations.

“Are you kidding me? You’re going to pass up money that could have the potential to change lives because you’re worried about words? People in our community are constantly ostracized because of sex work,” said Angel of the Grooby controversy. “But my own work has changed and saved lives. I get emails every day about my work, even from 16-year-old trans kids who say they feel so much better about their bodies.”

Grooby and Angel are currently in talks about starting a trans surgery fund too, he said. Angel gets daily emails from trans guys asking him to help pay for their gender reassignment procedures, and he sees the fund as one way to address this need.

One of transsexual porn’s top stars, Mia Isabella, told the Daily Dot that she was surprised but very happy to hear that Trans500 was launching the surgery fund.

“I applaud anyone who’s willing to help young people get through transitioning,” said Isabella, who is donating 10 percent of the proceeds from her upcoming book to a scholarship for trans students. “My transition was funded by my former corporate job and by my ex-husband, not by the adult industry. I was very lucky to have a partner who was financially in a great place and had no problem making that dream come true for me.”

Another major problem is the fact that many health insurance plans (and state laws) consider gender reassignment surgery a “cosmetic” procedure, rather than a medical necessity. That leaves trans people responsible for coming up with tens, sometimes hundreds of thousands of dollars to fund their transitions.

While the American Medical Association considers gender reassignment medically necessary and has recommended that insurance companies cover the procedure, it announced last year that surgery shouldn’t be a requirement for changing gender on birth certificates and other forms of identification, simply because the surgery is still so financially out of reach for many. Currently, only 33 percent of transgender people undergo some form of gender reassignment surgery.

“In the past two years 9 states and the District of Columbia have clarified that exclusions of trans related healthcare are illegal,” said Hill-Meyer. “Plenty of people falling through the gaps still need support, and just as importantly we need to work on enforcing the law to end the practice of insurance discrimination that leaves people in such desperate need.”

In December, New York’s Sylvia Rivera Law Project announced that its twelve-year campaign to get state Medicaid coverage for gender reassignment surgery has finally been met with success. But while low-income and unemployed trans people won the right to surgery in one state, there are many more where coverage is not an option.

But for many transgender people, surgery is still out of reach.

Photo via Pablo Miranzo/Flickr (CC BY 2.0)