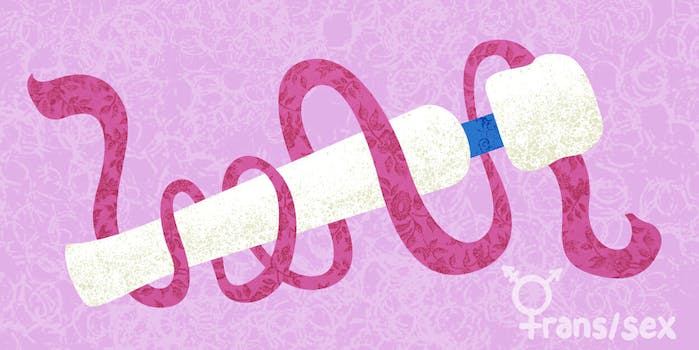 There's more to self-pleasure than magic wands and 'muffing.'

“In my four-and-a-half years of HRT, not once have I achieved orgasm during sex with another person except when I just stop the action and get myself off,” Frank told me over email. “Sex partners tend to feel inadequate and I end up comforting them at the end of sex. […] I don’t know how to teach someone else how to make my genitals work, I feel like I need someone to teach me.” 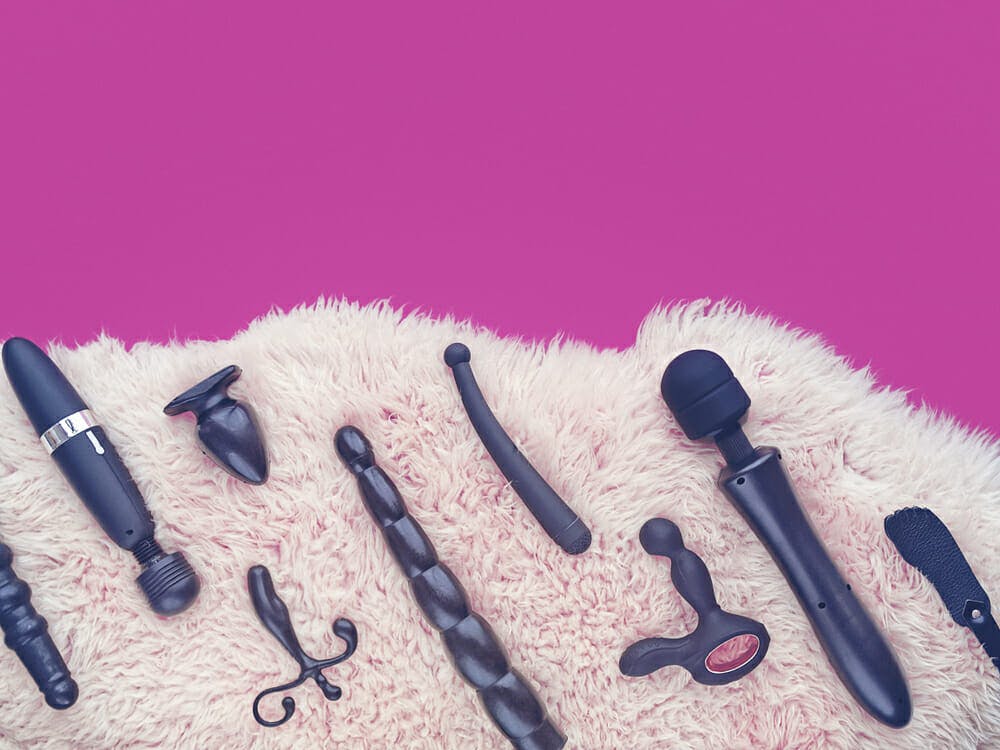 When I use the Hitachi Magic Wand Wireless, I’ll either strip down naked (with or without panties), throw a sheet over me, and press the wand right on or near my frenulum (the intersection between the shaft and the head). I’ll shift my placement and pressure depending on how my body responds, and I’ll try to zone out and just follow wherever my mind wants to take me. It’s given me some incredibly hot full-body orgasms over the years, the kind where I can barely control myself and start squirming and whimpering when I’m done. (I’ll also use the Le Wand to similar effect.)

There are other, less complicated ways I touch myself. Sometimes when I’m turned on but completely soft, I’ll start stroking myself, watching or listening to porn, and fantasizing until my clit starts to become slightly erect. Then I’ll pull out a bottle of Babelube and stroke myself. Usually, I’ll do this by laying down and cupping the side of my cock with my palm from the left or right side while I stroke my fingers across the back of the shaft, running my thumb up and down the front. Occasionally, I’ll flick the tip, but it’s very, very sensitive, and easy to overdo. If my mind is in the right place and I’m starting to get closer and closer to an orgasm, I’ll usually reposition my hands into a fist and start jerking up and down until I finish. I’ve had some incredible orgasms this way, and many of these are easier to reach without any of the rawness or soreness I’ve experienced with my Hitachi. The downside to this, of course, is that it’s a little messier, it requires more clean up, it can be a little dysphoric, and it’s hard to look at porn if I’m doing this while laying down.

But that’s how I’ve masturbated for the past three years, at least for the time being. Frank seems to use a similar technique, although to greater effect. When I interviewed them, they explained that they “rarely have trouble orgasming,” and in some cases, they can even have orgasms three or four times in a row.

To prevent themselves from staining their underwear, Frank will also take off their panties and “switch to an up-and-down motion” to reach a climax, not unlike myself. It doesn’t feel as good, but it helps with reaching an orgasm.

“I’ve found that if I can manage to, at juuuust the right moment, switch to massaging just the head with my fingers in a circular motion, and push myself over the edge while doing that, then the orgasm is much stronger and feels even better,” Frank explained, “but it’s difficult to get the timing right.”

There’s also “muffing,” a technique popularized by Bellwether in Fucking Trans Women. Simply put, muffing involves stimulating the inguinal canals, which are the internal pockets that house the testes when they recede within the body (and are also used to “tuck” our testes in for a flat front). For some trans women, playing with these canals is extremely pleasurable. In my case, it feels nice, but it doesn’t exactly turn me on. I’ll save my inguinal canals for tucking, not fucking, thanks.

For the record, stimulating the perineum, anus, and clit all at the same time can be incredible for trans women thanks to the nerve endings in each of these parts of the body, as Bellwether points out in Fucking Trans Women. When I was reading Bellwether’s zine for this column, that passage in particular stuck out to me. I had never tried focusing on both my clit and my perineum at the same time before. Remember how I mentioned above that it’s difficult to learn about one’s own body without meeting or having sex with other trans women? Case in point, I never knew how good the perineum could feel until I finally hooked up with a girl who fucked it in just the right place, and it blew my mind. As I would later find out while writing this column, touching my perineum the right way unlocked a new world of sexual pleasure that I never could have dreamed of before. 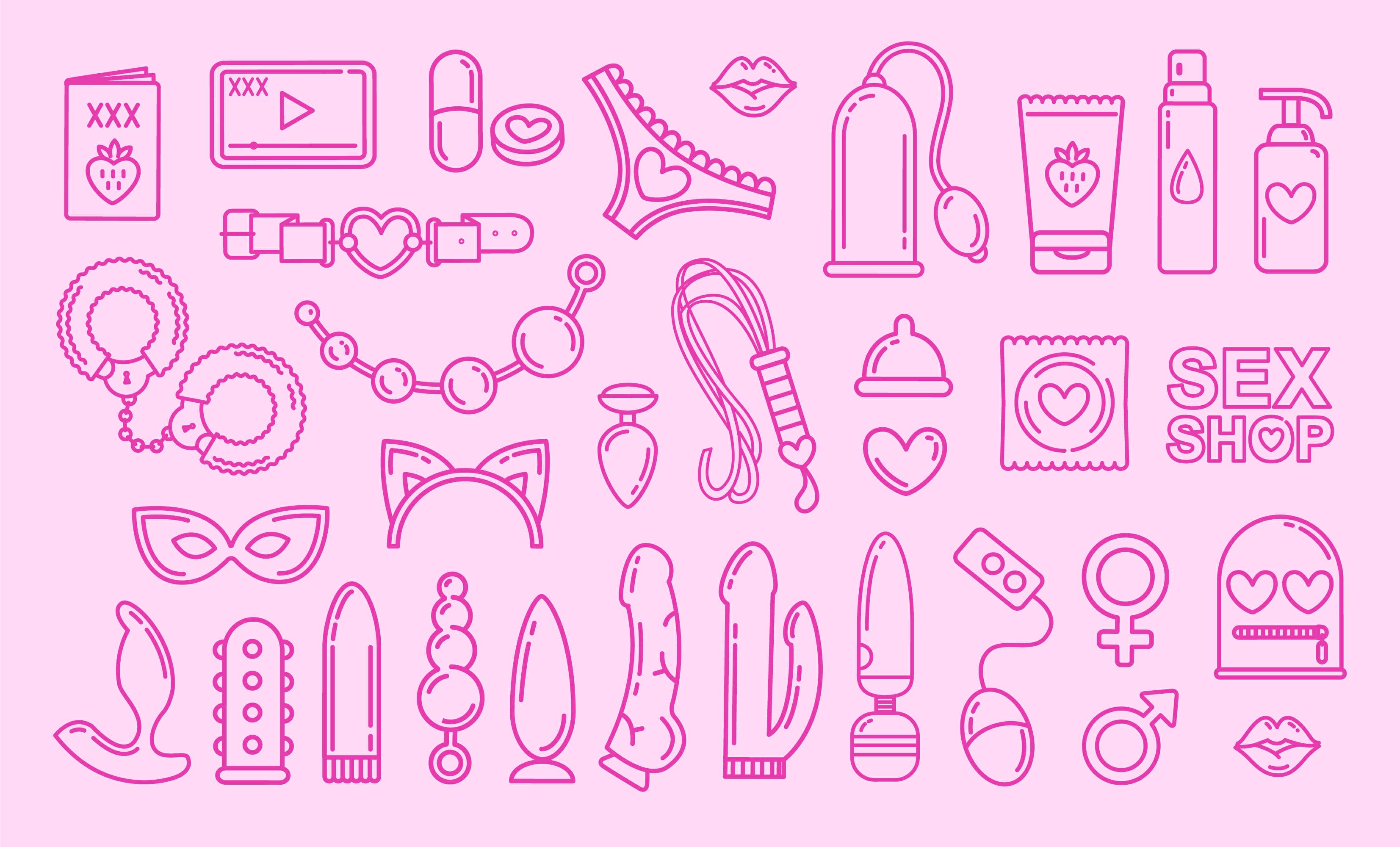 The more trans women I spoke to on- and off-the-record, the more I realized what I was doing wrong. I wasn’t experimenting with my body. I wasn’t listening to the sensations running through my arms and chest when I lightly graced them. I thought I knew how to touch myself, and I tried to do it by force. What I needed to do was relinquish control, play with my breasts and nipples gently, and listen to the signs my body was giving me while playing with myself.

After rereading Fucking Trans Women, I sat down and tried something I had never done before: really, specifically, fingering my perineum and touching myself. I had to take a minute to feel around and find the right spot, but once I did, it felt so, so good, like a rush of arousal flooding through my crotch and thighs. Finally, I cracked the code. I tried changing how I masturbated by using both my Hitachi and stimulating my perineum at the same time. It didn’t just work, it gave me one of the best orgasms I ever had, leaving me sprawling, spent, and incredibly satisfied.