Trans/Sex: In 2019, I learned why Pride isn’t Pride without kink

It's not Pride if it doesn't have leather.

While waiting for meds at a queer clinic earlier this year, I bumped into a New York queen who has been part of the gay community for longer than I’ve been alive. He told me fondly about walking on the High Line and hanging out with gays and trans girls and sex workers long before it became a tourist trap. And then he told me about cruising in the East Village and how queers would literally fuck in the streets during the ’70s.

I think about that queen a lot, in part because his East Village is not my East Village. Today, it’s filled with college kids and six-figure transplants who get plastered at bars with nary a queer in sight. It’s not just Manhattan that’s seen upheaval: Queer sex and desire, too, have been pushed out of the streets and solely into our bedrooms.

Earlier this June, the queer community was caught in an argument over whether open sexual expression belongs at Pride. I’m sure we’ll have the same fight in 2020 as we did in 2019. But this year, I experimented with the queer community’s leather roots. And I know for certain that Pride without kink is no Pride at all. 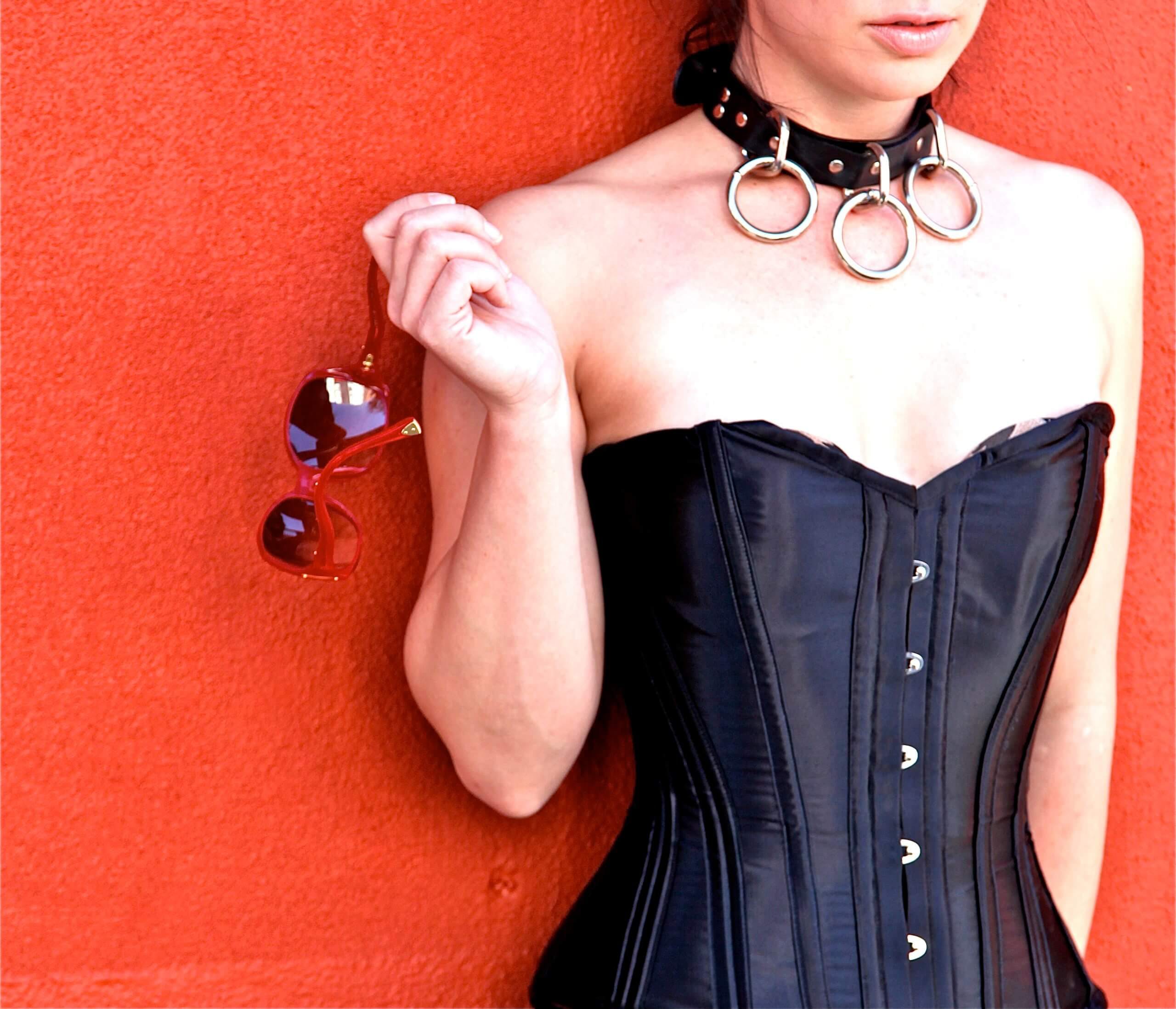 “The leatherdyke community specifically really emerged in head-on conflict with mainstream sex-negative second-wave feminism, which opposed things like sexual roles, S/M, penetrative sex, etc. Mainstream lesbian feminists shunned and attempted to censor leatherdykes by hurling accusations of colluding with the patriarchy and replicating heterosexuality,” she told the Daily Dot. “Because of this, leatherdykes have always had a strong sense of community, being public about desires and shirking respectability.”

DaemonumX keeps the scene’s history alive with the curation of her zine Fist, an homage to the ’80s leatherdyke community, complete with writers documenting stories, life, and beliefs within and around the leatherdyke community. That work is more important than ever: The reformist push for LGBT tolerance (intentionally sans “Q”) means boring catchphrases like “love is love” and “born this way” encourage normativity. The radical sexual, non-monogamous, and whore-friendly politics that defined the ’70s and ’80s have been replaced with Pete Buttigieg and Ellen DeGenres. I may be tolerated for being a trans lesbian, but my identity as a sex worker, my anarchist values, my open relationship status, and my perverted politics aren’t welcome in many LGBT spaces.

Leather turns this on its head: It’s not just about accepting your own kinks but taking a nonjudgmental approach to your fellow queers’ erotic desires. It challenges your values, teaches you new ways of engaging in intimate relationships, encourages you to question how you perceive sexual intimacy, and forces you to do the inner work you need around boundaries. Leather is not without its flaws, of course. There is drama, shitty people, and desirability politics, just like any other community. But it’s an antidote to the squeaky clean Mayor Petes of the world trying to wipe away any sense of radical politics from our community.

“There is another overlap I have seen with the popularity of social justice language without a critical framework and the idea of [queer] inclusivity [as] every space has to be for everyone, feel safe and inclusive for everyone, and no one can ever be made uncomfortable,” DaemonumX said. “For example, opponents to kink/leather at Pride often make the argument that it alienates people on the ace spectrum by making queerness always about sex. They forget that we exist as we do today because our literal sex acts have been criminalized, so of course it’s about sex. Should we stop educating about HIV because it makes queerness seem like it’s all about sex?” 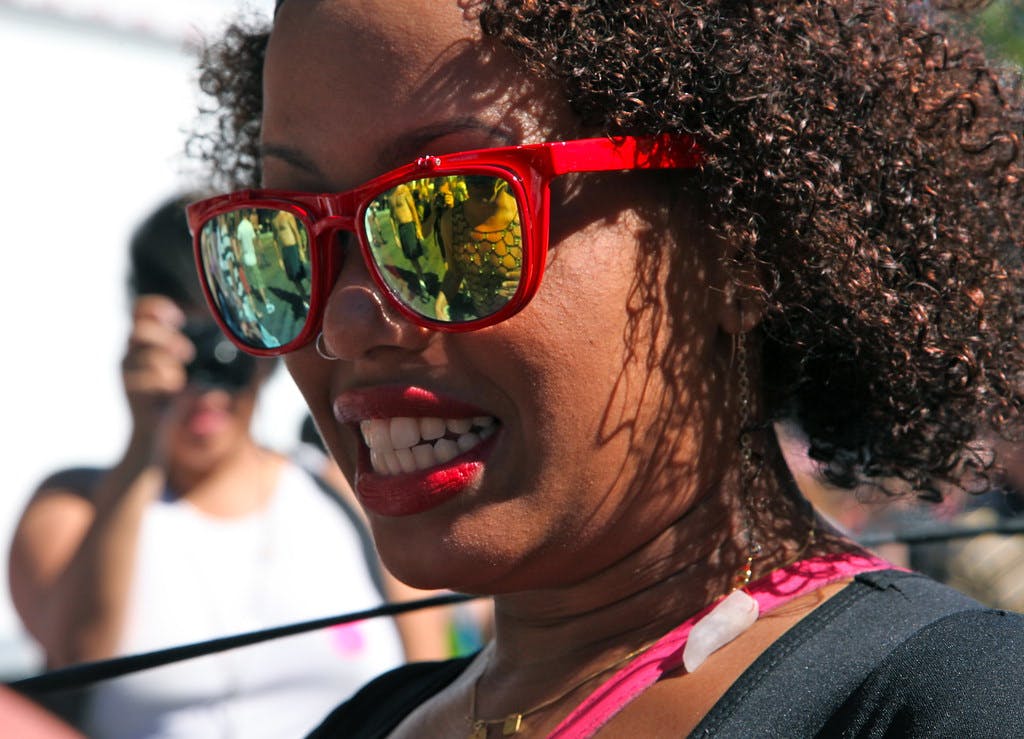 Pride is a sticking point in the LGBTQ community because, in theory, it’s supposed to be the heart and soul of the queer community. In reality, we are extremely divided over Pride. There are conformists who eagerly welcome corporate marketing. There are queers who want a more radical march. And then there are people who are skeptical of capitalism but want queers to self-censor themselves by keeping their leather at home and their leashes in the garage. After the latter group came out swinging this year, Nea argued for Them that excluding queer leather culture at Pride would “ignore the contributions of communities that were integral to uplifiting some of the most marginalized subsets of the LGBTQ+ community.”

As Sarah Schulman argues in Conflict is Not Abuse, trauma responses and supremacist responses tend to mirror each other with defensiveness and black-and-white thinking that targets difference. That means feeling uncomfortable isn’t always a trauma response; it can also be a form of bigotry. For example, Patrick Califia’s essay “Public Sex” argues that adults’ hang-ups around sex cause children to feel frightened and confused by their own sexual feelings. Meanwhile, exposure to sex parties made Califia comfortable with his body and proved healing for his inner child.

“Seeing other people having sex is reassuring and enlightening,” Califia writes. “It calmed the panic I’ve been carrying around ever since I first heard my parents fucking and thought they must be murdering each other. I like the way other people look when they’re getting turned on or coming. That means I must look good, too. That means it’s OK for me to relax and let myself enjoy my body.”

“Seeking out these educators, paying them for their labor, uplifting their work, and helping to bring them to offline spaces—especially with the increased surveillance and censorship that queer, kinky, and QTPOC experience via online platforms—help to continue validating this work as well. And trust me, it’s needed,” sex educator and business coach Cameron told me. “Also fighting to preserve physical spaces that connect the history with our future—books, zines, play spaces—all create safer environments for this history and communities to be upheld, too.”

DaemonumX said that when we silence certain queer voices for being kinky, messy, and non-normative, “we become just like the cops.”

“It’s really important to remind folks of our history whenever this discourse circles back around,” she said. “When we separate queerness from sex and sexuality, we ignore the ways in which we have been systemically oppressed for the sex we have, we ignore all the lives lost to the AIDS epidemic, and we sanitize our culture just to make a few people feel more included.”