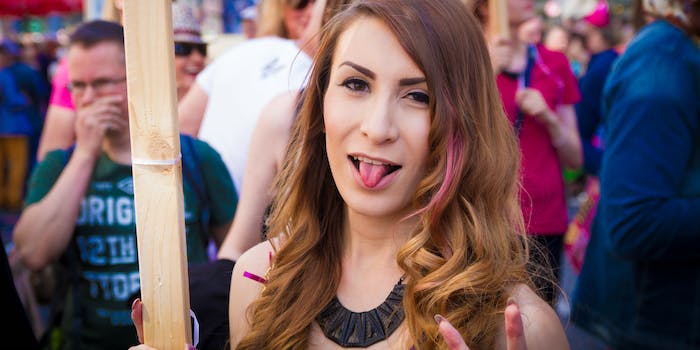 We're still here, creating art and fighting back against the government.

To top it all off, a memo unveiled the Trump administration planned to erase transgender identities from civil rights protections. Calls to the suicide hotline Trans Lifeline quadrupled after the story broke in October and new callers doubled. It’s been a troubling and demoralizing year for trans people, especially for trans women, who are often the direct targets of Trump’s anti-trans policies.

Yet despite some of the worst political attacks against the trans community from the federal government to date, 2018 was also a banner year for trans visibility. From Massachusetts to Anchorage, voters shut down laws that would have jeopardized transgender citizens’ safety. A Virginia Eastern District Court judge ruled in trans teen Gavin Grimm’s favor, arguing that his school “subjected him to sex stereotyping” by denying him access to boys’ bathrooms. And finally, after ongoing problems with targeted harassment against trans people, Twitter banned misgendering and deadnaming trans people.

Then there was art. Series like Zombie Land Saga embraced storylines about gender dysphoria in thoughtful and affirming ways, while the FX series Pose unapologetically shed light on trans women of colors’ lives in New York City. Who could forget the sheer amount of trans literature that debuted this year, too? From Michelle Perez and Remy Boydell’s graphic novel on trans sex work, The Pervert, to Casey Plett’s debut novel Little Fish, it was a banner year for trans storytellers. 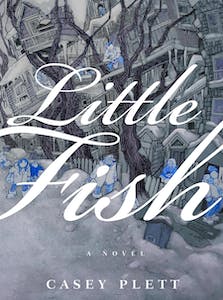 As to be expected from Plett’s work, Little Fish deals with issues that regularly weave through North American trans girls’ lives, from sexual assault to alcoholism to suicide. It’s a dark, difficult read, but one that feels true to life to the messy lives trans women lead. It speaks to what life is really like for trans women in the modern world—especially for those of us living paycheck-to-paycheck or struggling to stay afloat.

“The world is pretty messed up to us [trans women] and that doesn’t always make you a better person. Wendy is angry, she’s an alcoholic and she can be passive when it comes to her own life,” Plett told the Columbia Journal. “These were all things I saw reflected in the trans community around me and my own experience, these badass survivors who were also incredibly complicated. I liked exploring Wendy’s strength along with all of her clear flaws.”

Gaming has its fair share of trans creators too, and if there’s one game developer to keep an eye on, it’s Nadia Nova.

“I feel like the best way to make the change is to encourage those people who are marginalized, to make content about people like themselves,” Nova writes in her Medium post “Why I make gay games w/ trans girls.” “I’m just one of those people who want to see more games about people like themselves and have the ability to do it, and I’m happy for that.” 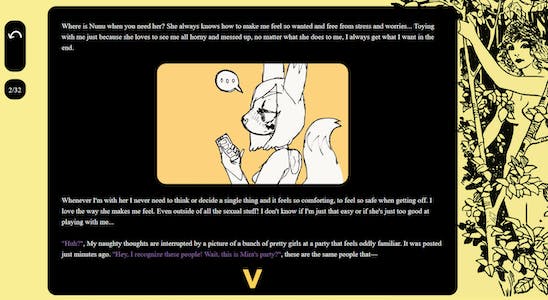 Nova speaks to something every trans artist, performer, writer, and content creator faces in 2018. Each of us feels a burning desire to give back to one another by creating the stories we wish we had when we were growing up or transitioning. Case in point, as someone who lived through two slums and could only afford to eat ramen for a full year, I wish I had Little Fish when I first started transitioning. I think it would’ve made me feel less lonely, like someone was out there who understood how to put the more difficult problems we face—like passing, social mobility, and survival sex work—into words.

While it’s nice to see work that talks about bathroom bills, dunks on transphobes, or shouts “trans women are women” to the high heavens, that’s all beginner’s stuff. Public conversations on transness are moving beyond the 101 material. These days, we’re debunking topics like “rapid onset dysphoria” and discussing the stigma against trans people in the dating world. We’re talking about the Tumblr NSFW ban’s impact on trans artists and trans women sexually expressing themselves online. In a changing and growing world that’s making more room for trans folks, we feel the need to express ourselves, be it politically or artistically.

I’m reminded of gender-fluid performer Jacinda Lacroix, who was interviewed by the Daily Dot earlier this year. She stressed that her work shows other queer and trans people how to express themselves through makeup. For me, that’s a powerful metaphor for what trans people are capable of across fields, from comics to cosmetics.

“People message me to tell me that I showed them how to express who they truly are,” Lacroix said. “It really can help people who are afraid or even hate themselves for being different. They might learn to accept themselves and understand that it is completely normal to have an interest that does not coincide with man-made [gender] constructs.”

At the Daily Dot, we were inspired by these trans artists. Between IRL reporter Alex Dalbey and myself, we shut down some of the most transphobic takes written by cis people. We started a new column, Trans/Sex, that talks about love, dating, sex, and bodies from trans peoples’ perspectives. We also penned a self-care guide for trans people struggling with Trans Day of Remembrance. Every day, we wrote stories by and for the trans community in the hopes that it would inspire our fellow brothers, sisters, and enbies to share their voices, too.

It’s strange looking back at 2018. It was a terrible year for trans people, and yet, it was also an amazing one. As Plett would say, it’s complicated. But no matter what happened, we’re still here, we’re still queer, and we’re still speaking out. Even during the worst moments, 2018 was our year—and we’re taking the next by storm, too.